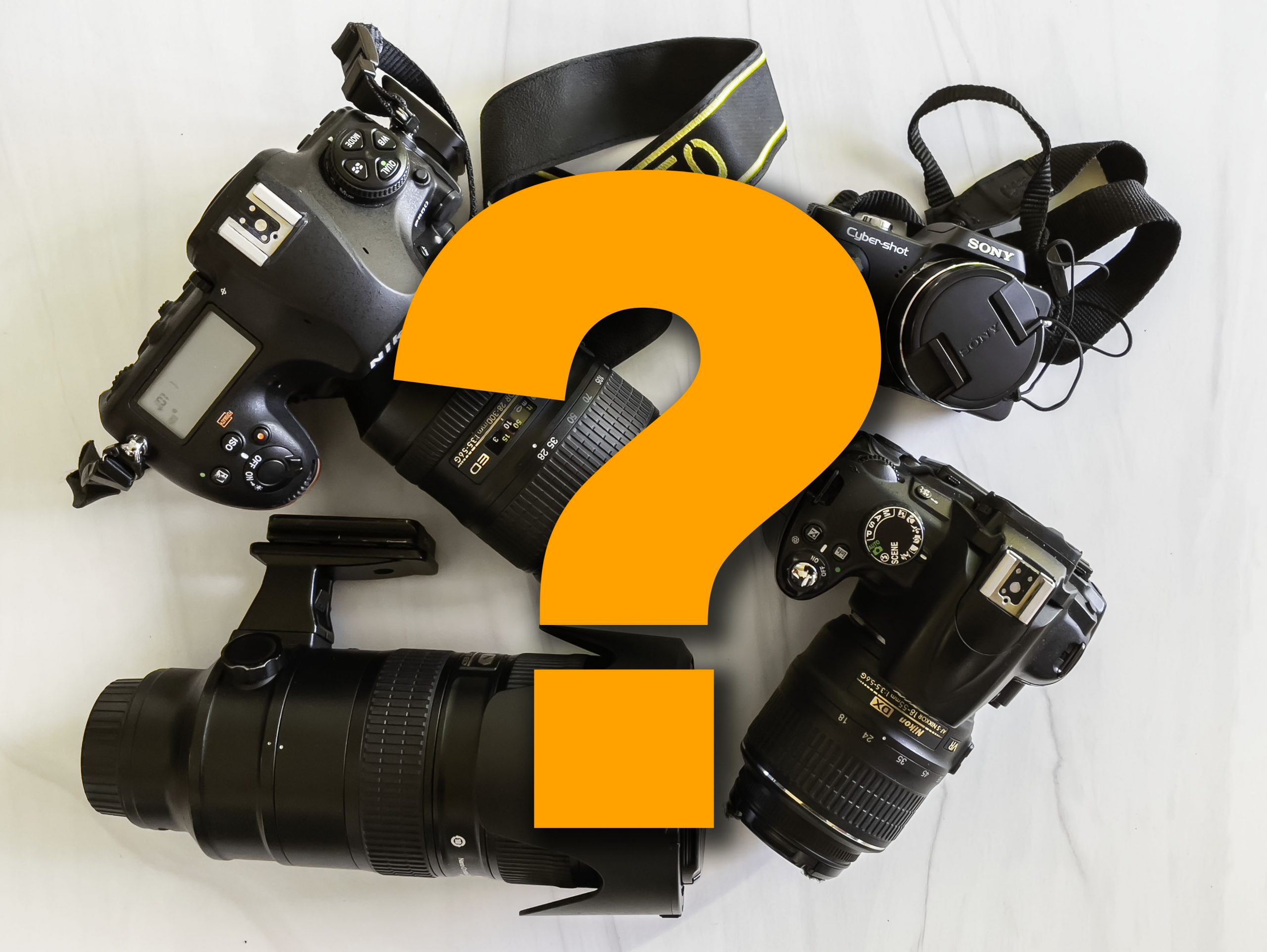 What Camera Should I Get?

The question I get most often – particularly from budding photographers looking to step-up from their smartphone is, “what camera should I get?” And sometimes I just want to answer with, “whatever you want,” because the full answer is too long and nuanced for a DM in Instagram or Twitter. But I know that’s not very helpful. So I’ve finally decided to write down my thoughts. Though by the time you reach the end of this post, you may not find a solid answer, ha. But first, a little background on my gear.

I began my foray into photography with a Sony Cybershot DSC-H10 point-and-shoot camera. I purchased it in the spring of 2009 prior to a family vacation to visit my grandparents in Italy. Up until then, my experience with photography consisted mostly of disposable film cameras. But during that 2009 trip, I uncovered a new found passion, and I was hooked on photography.

After a year or so and thousands of photos later, I was ready for a more advanced camera system. The myriad technical limitations of my Sony point-and-shoot started to hold me back creatively. That’s when I knew I was ready to step up to something more advanced. But to what? At that time, ignorance was bliss for me. I didn’t know what I needed. So I figuratively eeny, meeny, miny, moe’d my way to an entry-level Nikon D5000 DSLR.

For a good 3.5 years, that camera was able to handle just about everything I asked of it. Only after I regularly reached its limitations did I make the jump to the full-frame Nikon D800 – a far more powerful body*. More recently, I upgraded to the Nikon D850, which is marginally better than the 800. But no where near the same quantum leap between the D5000 to D800. Clearly I’m a Nikon fan. But not because I think it’s necessarily the best, but because it’s what I know and am comfortable with.

*Note: When I refer to a “body”, I mean the camera without a lens. Often times, intro-level bodies are bundled together with consumer grade lenses. But when you get into high-end camera bodies, lenses generally don’t come as a standard accessory.

To me, camera brands are like car manufacturers. You can think of Nikon, Canon, and Sony like Mercedes, BMW, and Audi. Each of them may edge the others out in certain parameters. And die-hard fans of each brand will swear theirs is the best. But in the end, they’re all really good at getting you where you want to go as long as you know how to drive.

A science to the art, and an art to the science

The artistic side of photography – like composition and creativity – are independent of the camera. Whether you’re shooting with entry-level mirrorless Sony or a flagship Canon DSLR, your ability to tell a visual story is mostly separate from the camera you’re using. While certain cameras have limitations, a good photographer will learn how to push those limitations to their limits to create the best possible photo. What matters most is the ‘computer’ behind your eyes, not the microchips and image sensor in your camera. Your camera ins’t waking up at 4:15am in hopes of catching a good sunrise. You are. A good photo is so much more than the camera it was taken on.

Of course, scientific advances in camera technology certainly has made it easier to take better pictures when it comes to the quality of the image. It’s scary how good phone cameras are these days. But as we reviewed above, the camera doesn’t make artistic choices. So in order to fully-realize your creativity, having a good understanding of the technical side of a camera – mainly the “holy trinity” of settings; shutter speed, aperture, and ISO – is crucial. There are heaps of online resources that dive deep into these settings, so I won’t get into them here. But, the point is this: Any camera system that allows you to manually adjust these three settings is a good one to start with. Those three settings are not brand specific; they are the fundamental technical building blocks of – current – photographic technology. Though who knows what the future holds.

“No great photograph has even been rendered obsolete by advancing camera technology.”

When you think back to some of the most iconic photographs taken throughout history, nearly all of them were taken by cameras less technologically powerful than the most basic cameras of today. And they’re still great photos, right? In the grand scheme of things, the camera never really mattered, it was merely a tool. But, I understand investing in a new hobby can be a big decision. So while “whatever camera you want” isn’t necessarily the wrong answer, I realize it’s not a helpful one. But, here are a few key things to consider before making your decision.

*Thanks to COVID, it’s harder to just go and test cameras these days, so I’d recommend contacting you local camera shop to see what their policies and procedures are before going in and expecting to touch and feel the gear.

Just like pots and pans don’t make a good meal, cameras in and of themselves don’t make great images. Braving the elements to document a snowstorm; waiting days to photograph a building in the right light; or having the confidence to direct a model for an arresting portrait, is all on you. It’s not the conglomeration of metal, circuitry, and glass in front of your face. When it comes time to buy your first camera, sometimes overthinking it complicates the process. Start simple. Stick to a lean budget. Learn all you can about photography in general. And over that time, you’ll come to know what you need out of your second camera system.

Have more questions? Feel free to reach out > nick@nuphoto.com