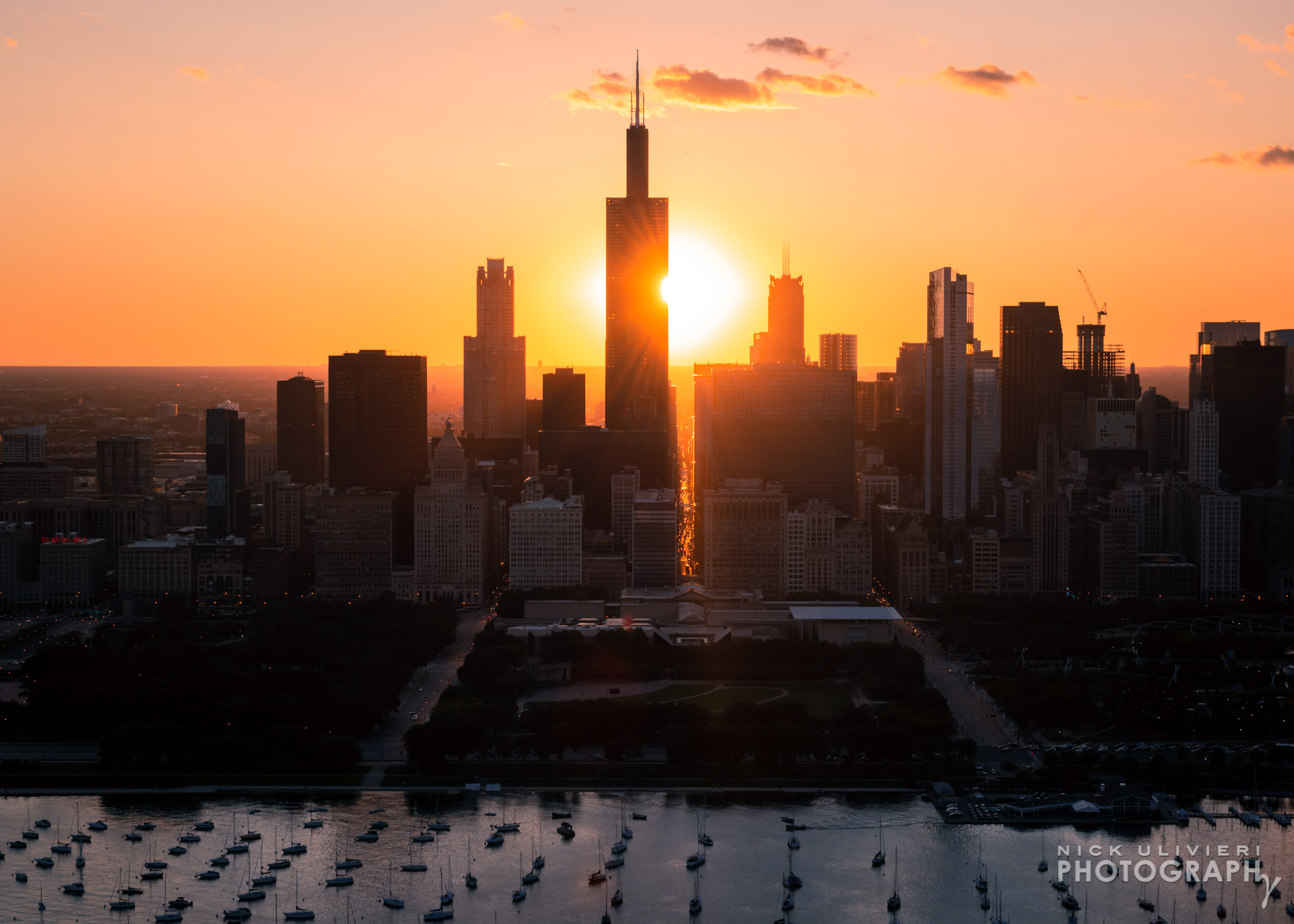 I’ve wanted to capture Chicagohenge from the air – particularly on the actual equinox – for about four or five years now. But between unfavorable weather, pilots’ schedule, and my project schedule, it never panned out – until yesterday, September 23rd. The air was crystal clear and my schedule was free. All I had left to do was book a photo flight for a very particular time slot. Luckily, my friends at Rotorzen were willing and able to help.

Using PhotoPills, I estimated the sun would ‘cross the concrete canyon’ at 6:37pm, so Amy and I lifted-off at 6:27pm to transit to the lakefront and do one scout pass – to check altitude and distance – before sunlight began to pour down Chicago’s east-west streets. Once the Chicagohenge phenomenon peaked (at 6:37!) we scooted back-and-forth along the lakeshore, between Roosevelt & Randolph, until the streets were plunged back into darkness about five minutes later.

After we achieved our primary goal, we flew straight west for one more photo-op. Six or seven miles later, we turned back to shoot the “reverse” Chicagohenge. Instead of capturing the sun’s disc between the buildings, we shot the sunset reflecting off the buildings. 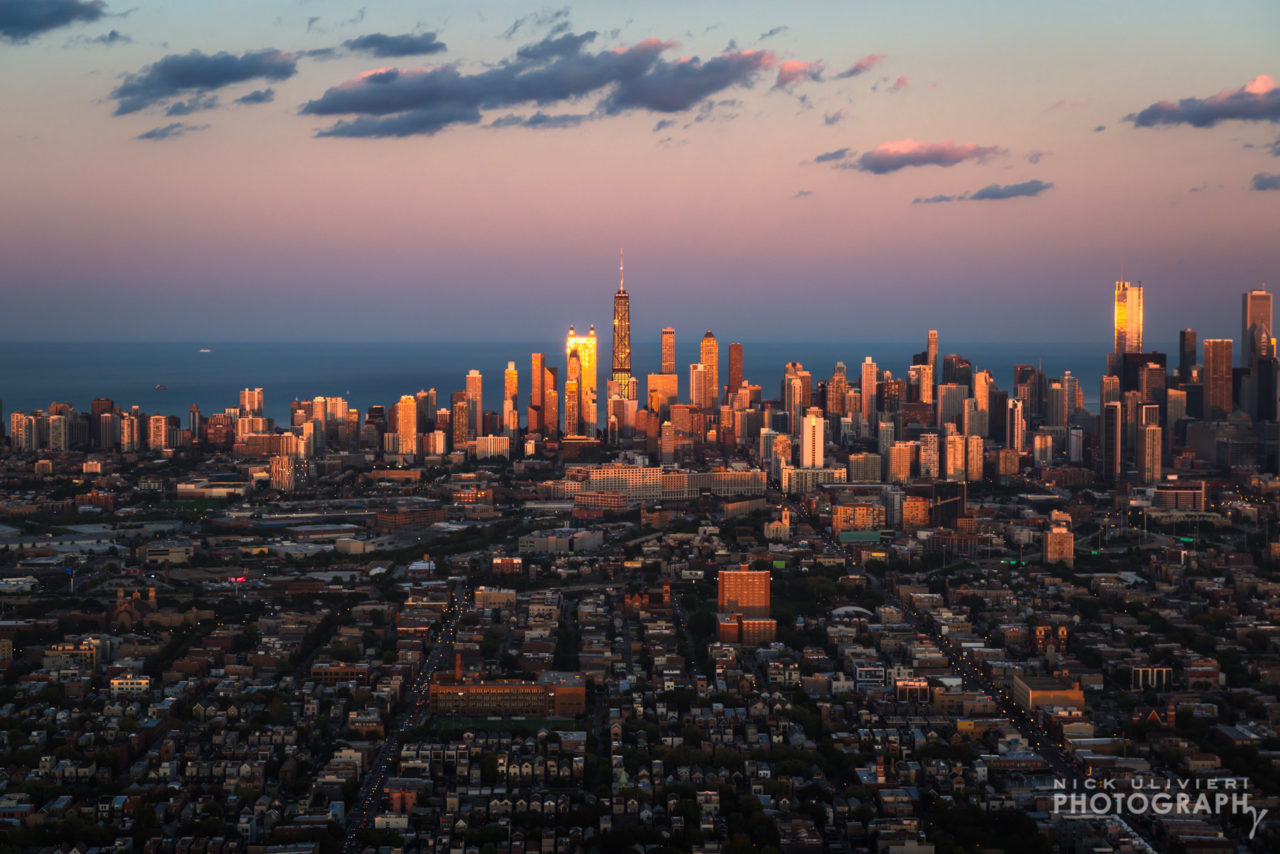 It was a definitely one of the more stressful aerial shoots I’ve executed. Between the exacting conditions needed for the desired light, and a very narrow window of time (literally and figuratively) with which to capture it, I wasn’t sure it would work. But in the end, I think the gamble paid off and I came away with some images that exceeded my expectations. Hope you enjoy some of these shots! 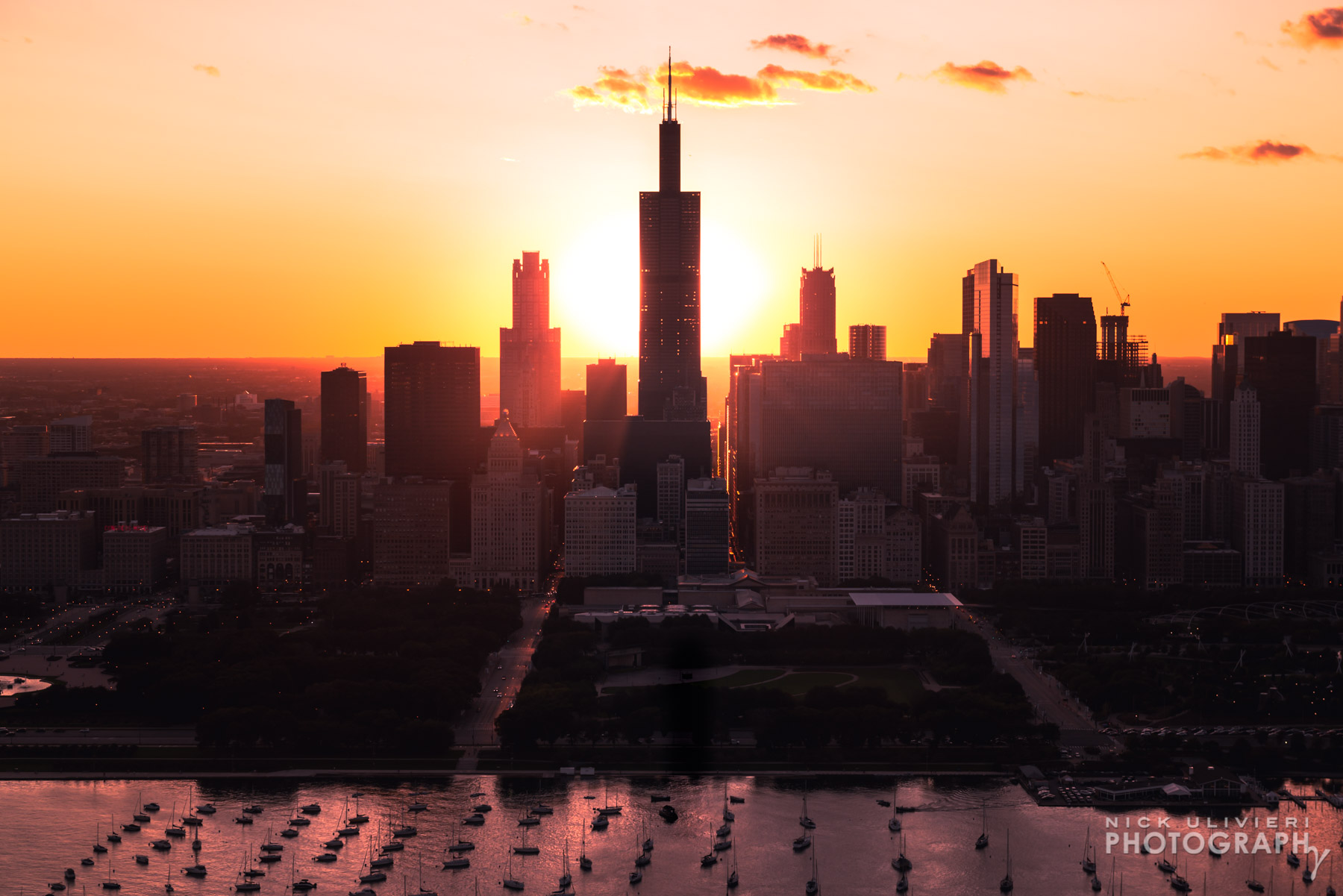 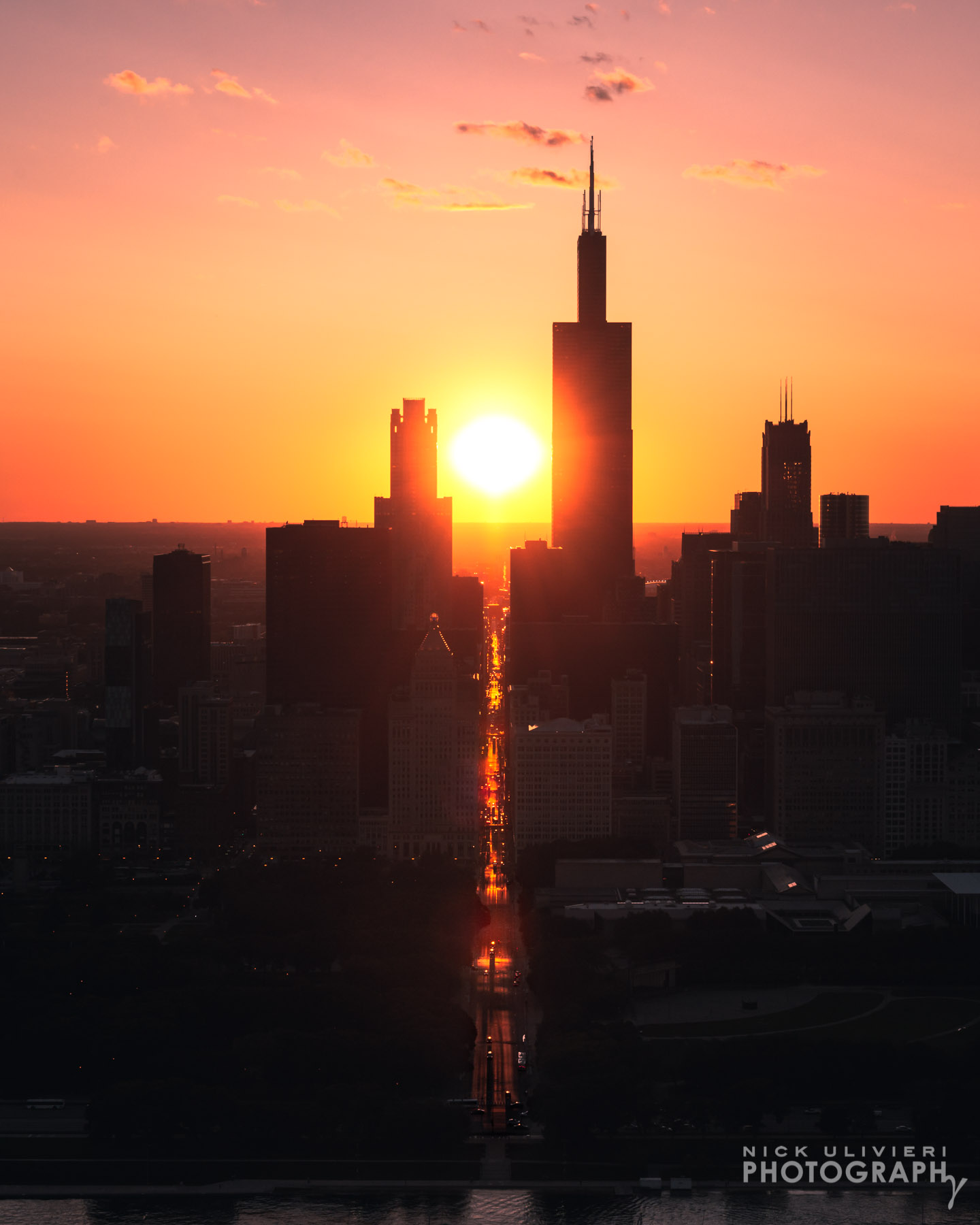 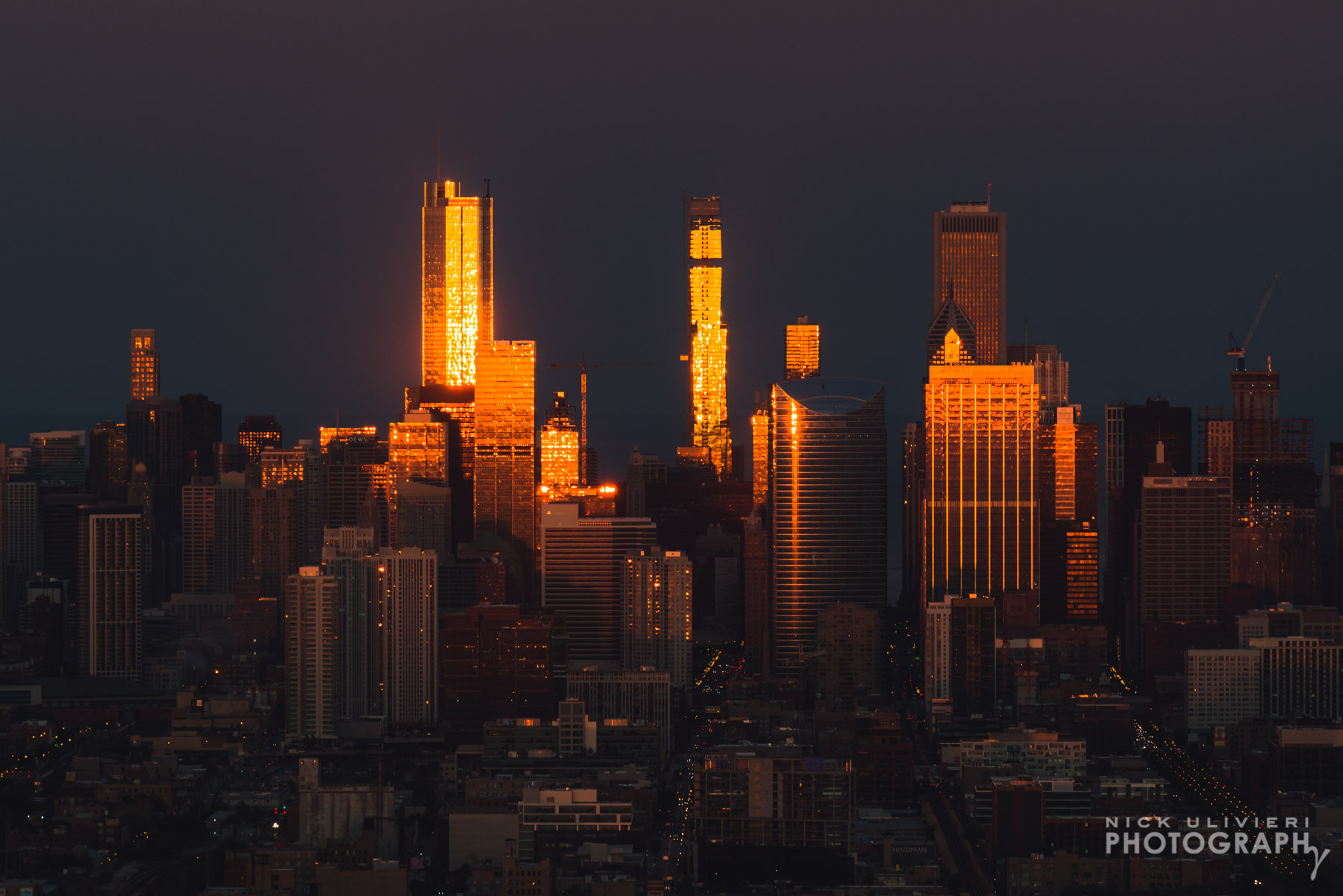 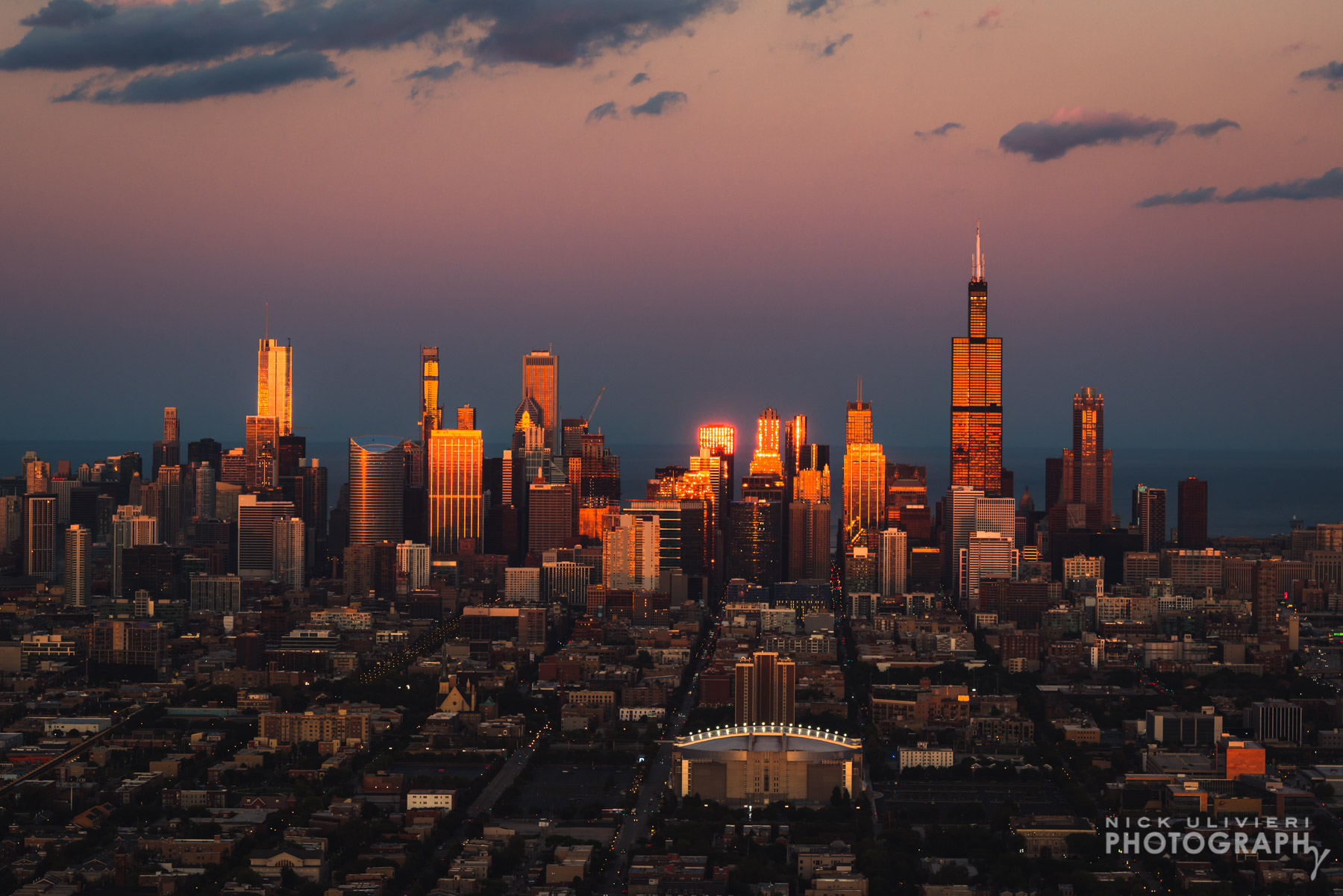 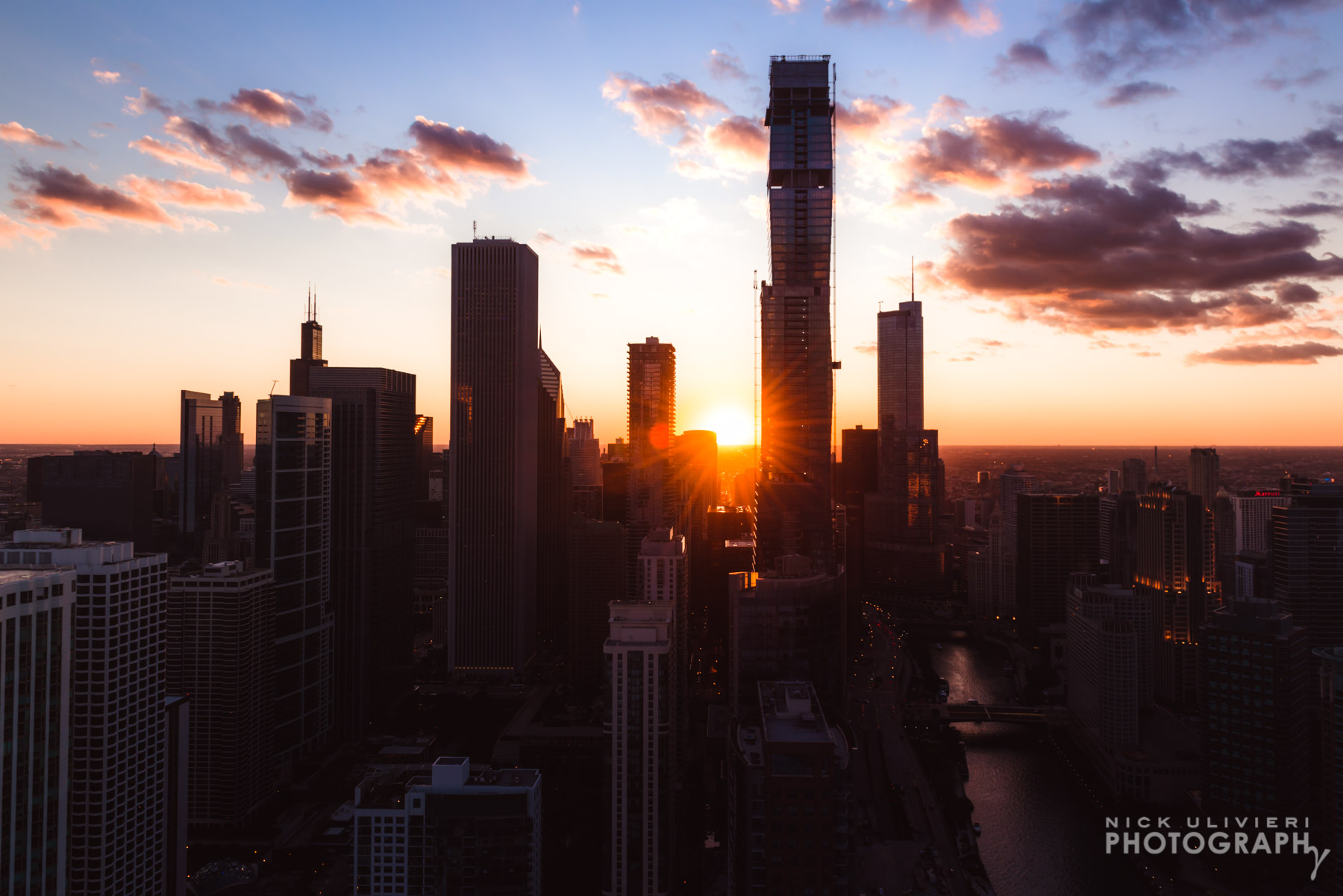 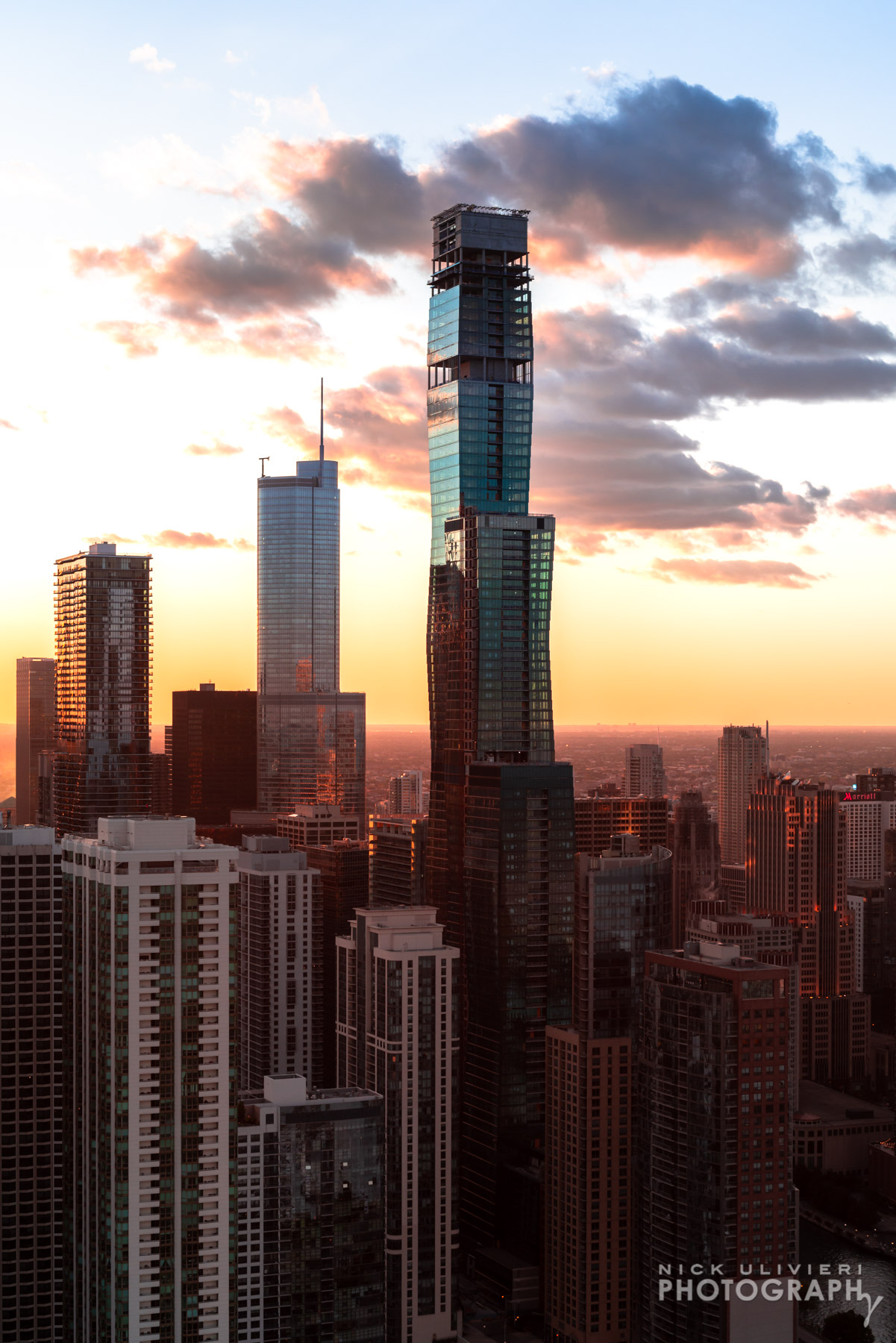 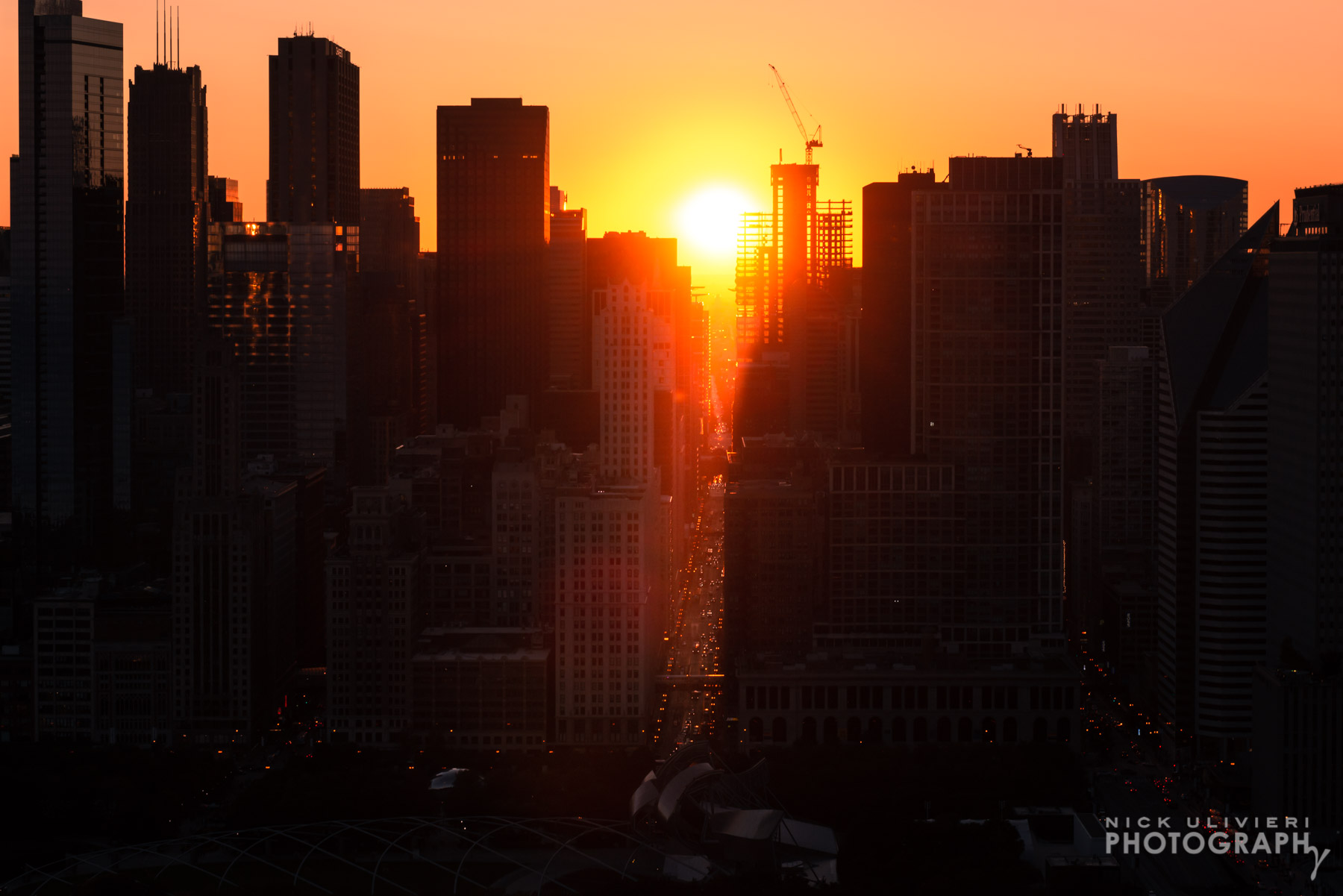 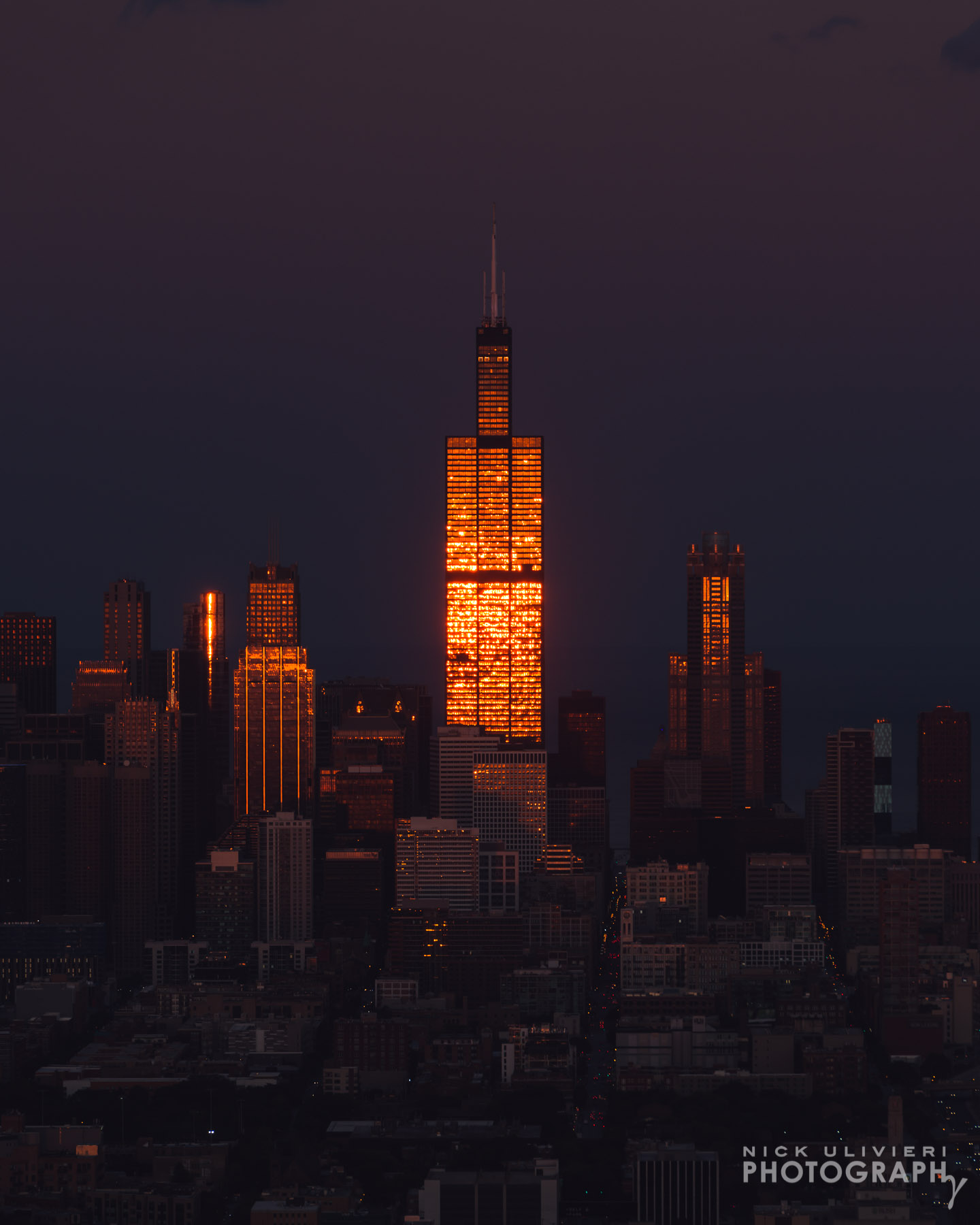 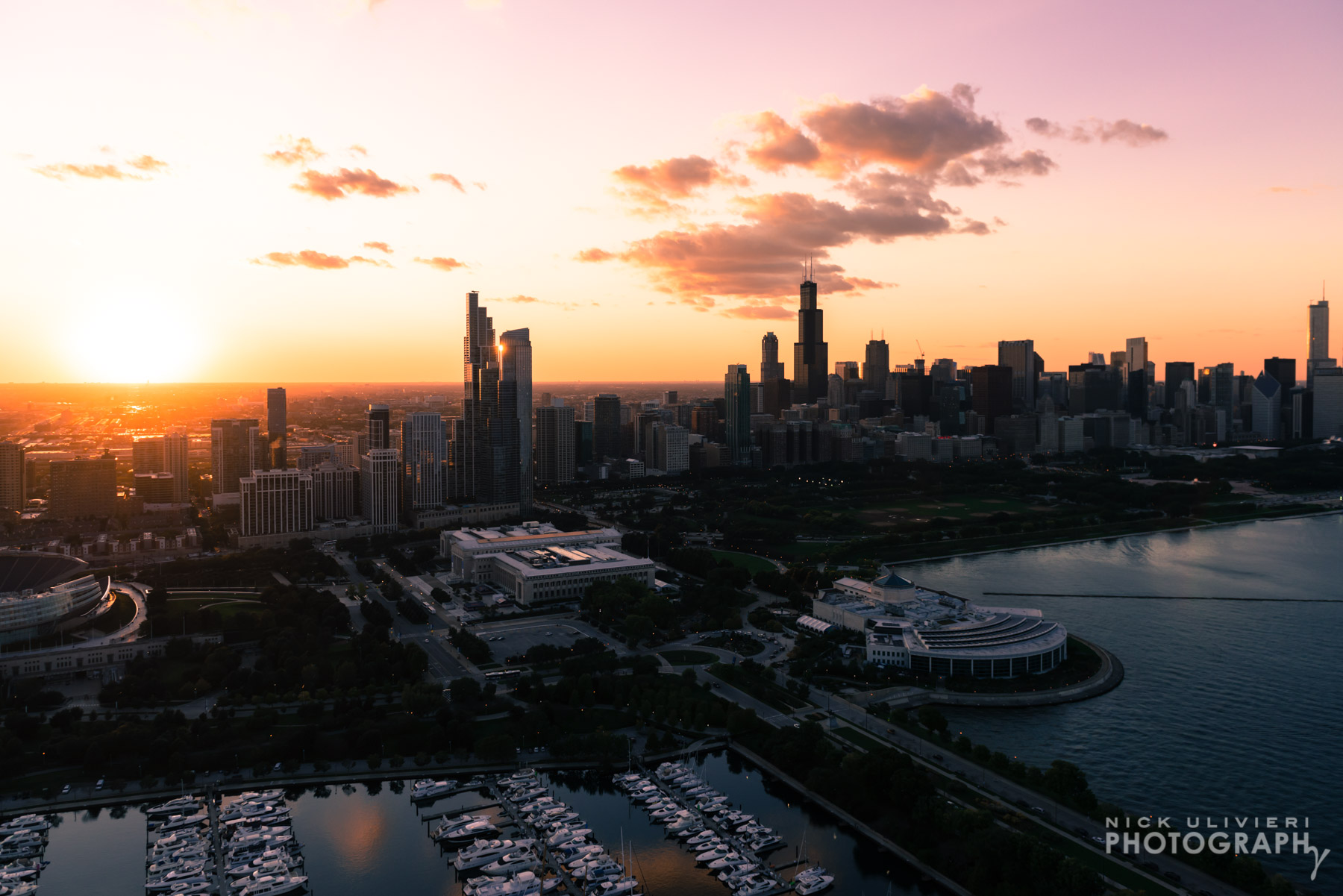