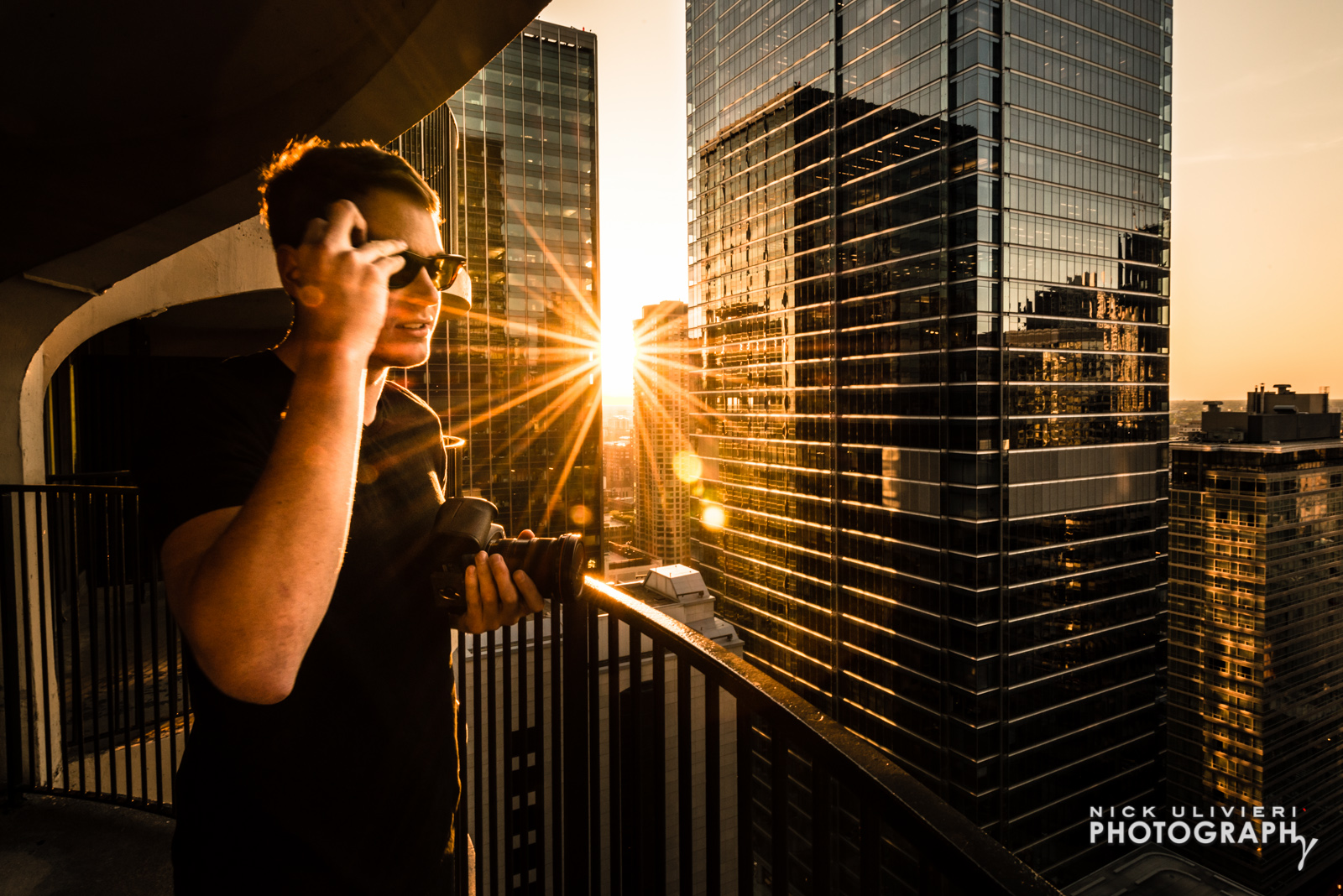 I’ve been following Sean Parker on a slew of social media channels for some time. He’s a talented astrophotographer and time-lapser, among other things,  so when I saw he was coming to Chicago, my interest was piqued. In an Instagram post Sean said he was in need of someone to show him around Chicago to time-lapse some familiar and unique vantage points around the city.

I should back up a bit. By the time Sean arrived in Chicago, he had been on a 2-week journey road tripping the length of Route 66. Sean was traveling the route with Joel Schat to create a documentary for Roadtrippers.com. They gathered some great film & time-lapse sequences detailing their stops along the way. Once they reached Chicago, Joel continued onto Indianapolis to cover the Indy 500, and Sean and I got to work.

Since it was Sean’s first time in here, I wanted to make sure we hit some of the most recognizable Chicago spots, as well as some more exclusive high altitude locations for variety. I’ll admit, choosing spots was a bit more challenging than I anticipated.  Scenes that might make great still images don’t always turn into good time-lapse scenes since there needs to be movement and changing features over a period of time. Though it was a fun exercise in visualizing Chicago different than I had before.

While I’m a huge fan of watching time-lapses, I don’t envy the work it takes to create them. Shooting the scenes is challenging enough, but storing and managing the huge amount of data captured is an art in and of itself.  Watching Sean fill memory card after memory card in the short time we shot together was enough to make this still-photographer’s jaw drop. That said, I have a feeling all that data will be transformed into something beautiful. From what I saw, I know Sean will do Chicago justice so I hope you guys check out his work and follow along with the project here

Hope your time in Chicago was great, Sean! It was great hanging and shooting – hopefully I make it out to Arizona so we can shoot some dark skies.

Enough talk – here’s some what we saw, shot, and time-lapsed:

Last but not least, here’s a short time-lapse scene Sean shared with Astronauts Wanted‘s Vine account. Unfortunatley, I don’t have any shots from this stop because Sean shot these frames while I hung out with my car in a no parking zone.

Check out more photos from our explorations here