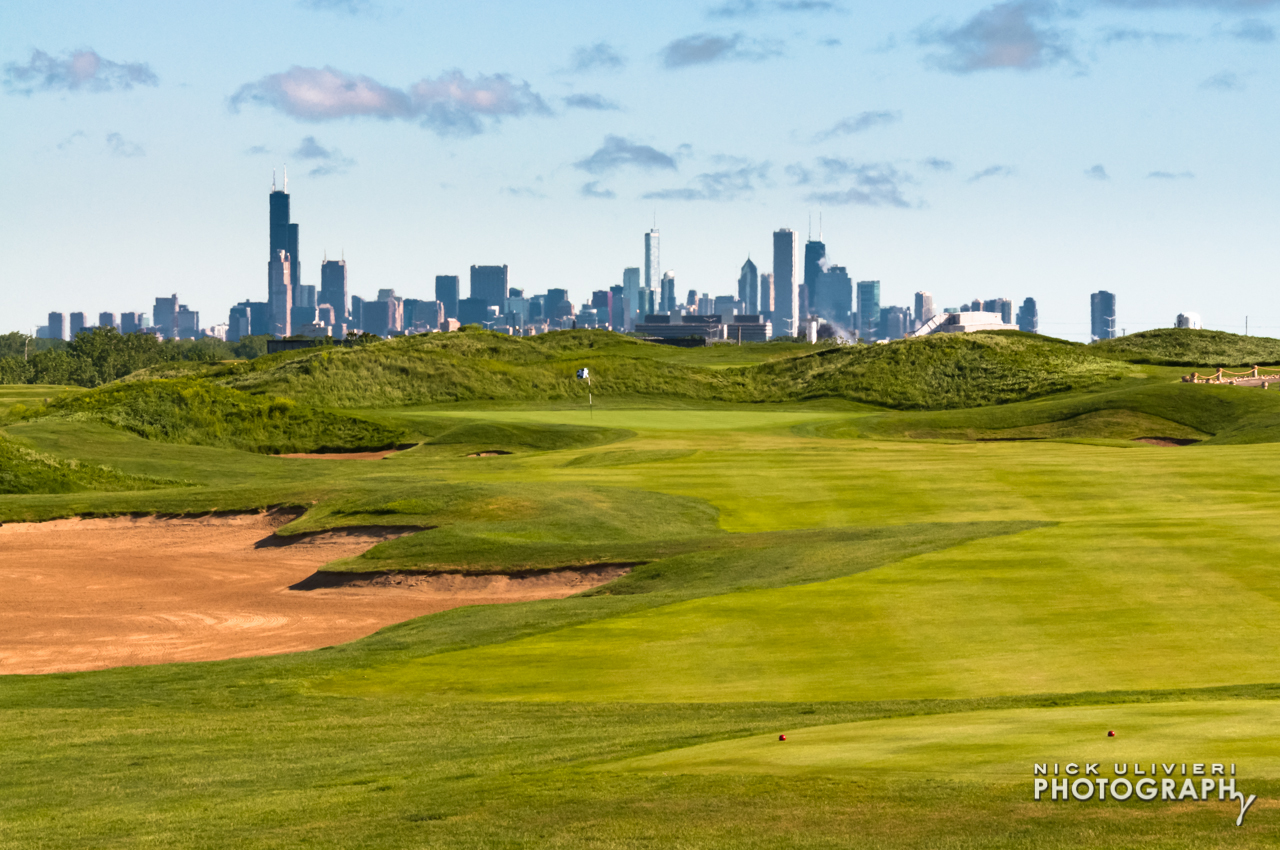 When it comes to photography, lighting is everything, but in the case of my latest project for KemperSports and Harborside International Golf Center, atmosphere was everything.

Harborside International Golf Center’s clubhouse is located precisely 13.12 miles south-southwest from the intersection of State and Madison, the technical heart of downtown Chicago. The complex was a monumental feat of land repurposing. Opened in 1995, Harborside was constructed on a former landfill along the banks of Lake Calumet. Harborside consists of two 18-hole courses designed by Dick Nugent in the traditional links style: treeless, windswept, and full of high grassy dunes, tufted mounds and tangled roughs. And through 2012, this municipal golf center was operated by Chicago’s Port Authority; knowledgable about maintaining the ports and infrastructure of the region for sure, but running and maintaining a championship quality golf course?

In comes KemperSports, a Chicago-based family-owned company dedicated to developing and managing a wide-range of golf and hospitality complexes across the nation. KemperSports was hired by the Port Authority in January of 2013 to manage day-to-day operations of the facility. Once in the driver’s seat, they noticed a need for captivating imagery to convey the uniqueness of this property to Chicagoans and visitors alike. Subsequently, they hired me to execute landscape photography of the complex’s grounds for their marketing needs.

While planning the photoshoots with KemperSports management, I learned about their desire to brand this course as “Chicago’s Home For Golf”, where it became clear that the Hero shot of the entire project would need to incorporate the Chicago skyline into the course’s landscape – no small feat considering the distances involved.

On my first scout day back in March, I brought along my 200mm telephoto lens to do some test shooting of the skyline – on what I thought was a clear day. While I was happy with the focal length’s performance, the heat distortion present in the atmosphere was a major problem and had to be mitigated if I was to create commercial quality images.

In order to get the shot as KemperSports and I envisioned, we needed crystal clear atmospheric conditions, and it needed to be shot early – before temperature differentials could form and create distortion. But when would that be? As luck would have it, the type of weather I was looking for came after the first major thunderstorm I was able to photograph (Monday, May 20). Trailing the storm system was  a cold front, but that’s about as much as I knew with my limited meteorological knowledge. I had to talk to some people who know more than me…trained meteorologists.

I reached out to Mike Hamernik  from WGN and Rob Koch from Weather Nation to get their take on the local weather patterns over the next few days to determine if there would be an exceptionally clear day. What I knew only as a “cold front coming in” turned into an epiphany of atmospheric clarity thanks to those two. It turns out that cold front was a clear, dry airmass of Canadian origin flowing in directly overhead by early Friday morning. In addition to the cool air, the dew point dropped into the 30’s meaning it was extremely dry. Furthermore, the winds on Friday morning would be coming in from the North – adding to the atmospheric clearing.  So the shoot was on for the morning of Friday, May 24! Now I just had to determine what time to get there.

I knew it was going to be an early morning given the 5:15am sunrise. Where the sun rose relative to the skyline played a large part in timing the shoot. While the sun always rises in the East, at this time of year it is pushed a little further North. From my position at Harborside, the sun wouldn’t light the southern face of the skyline until approximately 8:30am – that’s 3.25 hours of heating that could cause atmospheric distortion. It became obvious there would be a small window in which to execute the shot.

Coffee in hand, I was on the road to Harborside by 5:4oam. It was an exceptionally brisk and clear morning – exactly as Mike and Rob predicted.  As I headed south on the Dan Ryan I kept trying to catch glimpses of the skyline in my rearview mirror, just to make sure it was clear. Each time it was. Less than 15 minutes later I arrived on site, chatted with the manager for a few moments, then hopped in my golf cart and rode up to the 10th tee box which has one of the best views of the skyline – It was spectacular. By 6:15am I was set up and started shooting.

For about 2.5 hours I spent my time shooting the skyline from various high-points along the course, all the while the sun began better illuminating the detail of the buildings. By about 8:30am I could see a noticeable amount of heat distortion already taking effect on the skyline’s outline when I zoomed into the images I was taking – that was wrap on shoot day one.

As a commercial photographer, the proof is always in the client’s feedback, and they were thrilled with the outcome.  More to the point, the success of this shoot just reiterates my mantra; “plan the work, work the plan.” Do your research,  and the results will follow. By the time I arrived at the course, the hard work was done; I had already put myself in the best possible situation to meet the goals KemperSports and I had set before the shutter was ever fired.

Below are a few of my favorite photos. In addition to the skyline shots, I created a few panoramas from various points along the course. Can’t wait to get back out there! 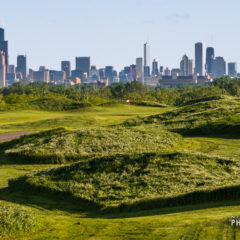 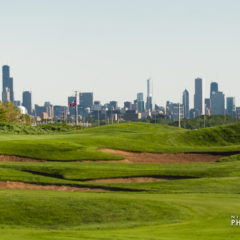 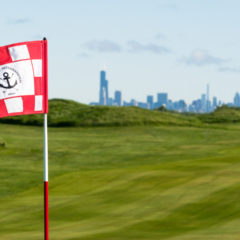 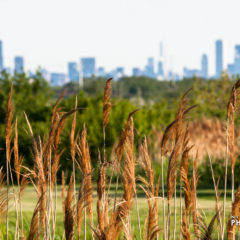 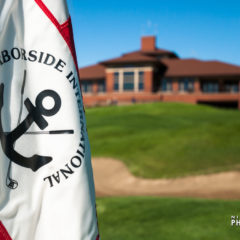 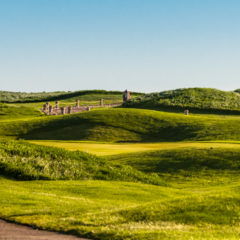 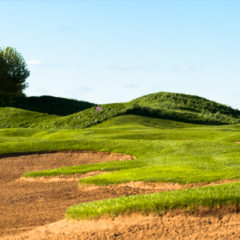 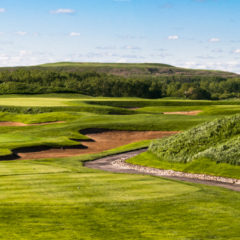 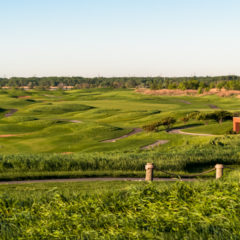 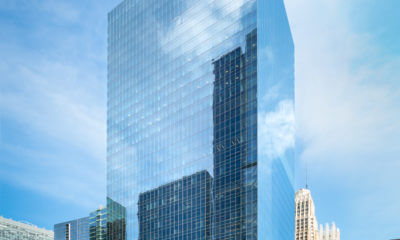