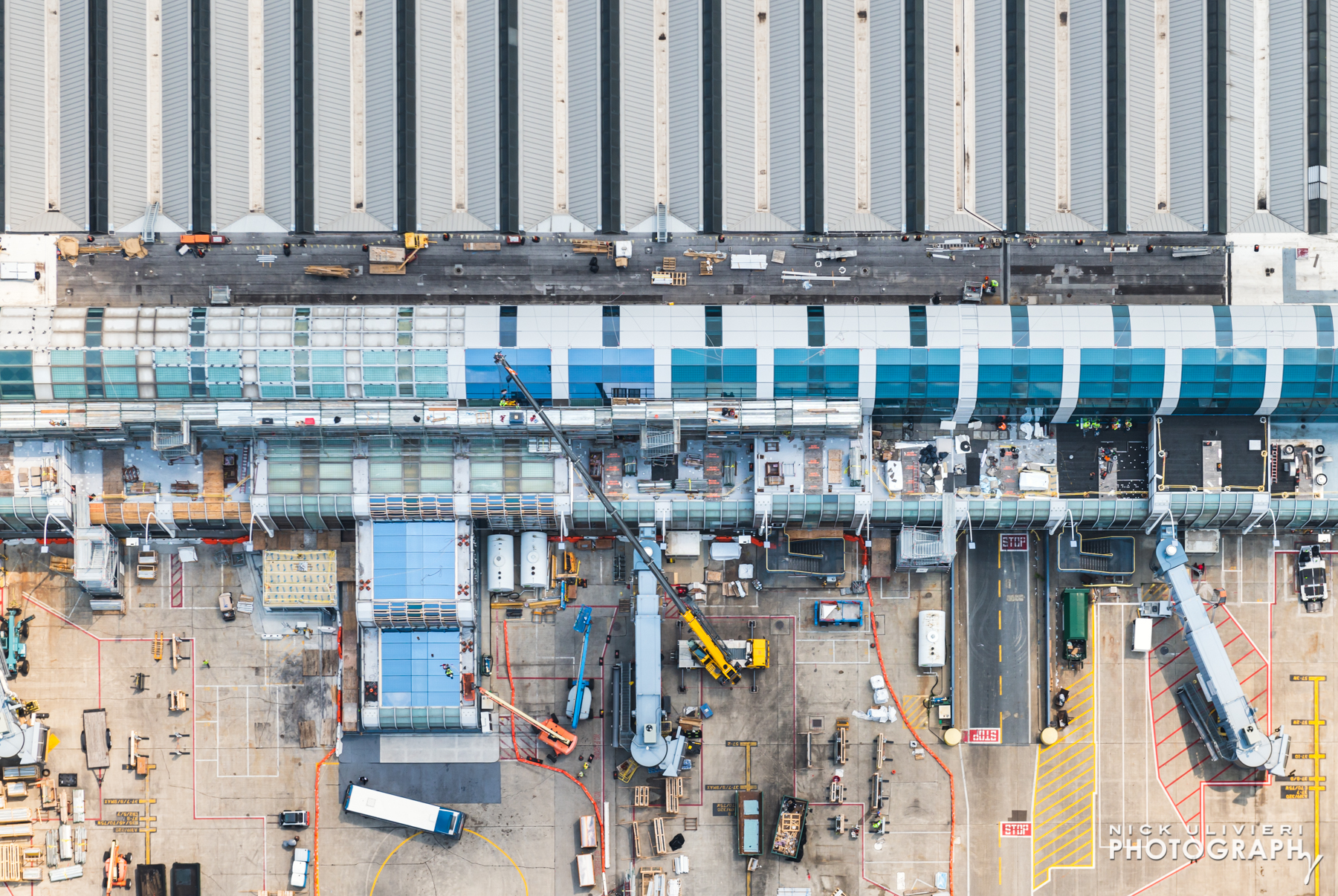 The feature image was taken via helicopter by ‘accident’. I was en route to photograph another project, and due to a series of fortunate events, Air Traffic Control directed us over O’Hare’s airfield. We were only above the airport for about thirty seconds when I looked down and noticed T1. I immediately pointed my camera down and fired the shutter. I was surprised to find this near-perfect image of T1’s modernization in progress. On the left side of the frame, the older glass and spandrel panels remain. While on the right, the new glass and spandrel panels have bee installed.

My friends at Power Construction have been extremely busy out at O’Hare Airport. They’re modernizing Terminal 5 AND rehabilitating Terminal 1’s iconic barrel vaulted roof. Power and their subcontractors are replacing the aged windows with new, energy efficient glass panes, and scores of metal panels to cover the vault’s exterior. Inside, they’re replacing panels on the ceiling of the vault and remodeling the gates – methodically moving down the terminal section by section to allow airport operations to continue.

Earlier this fall, they invited me out to document the progress for them. I wasn’t going to say no to an invitation to stand atop the curved roof of O’Hare! Which is an exceptionally strange sensation, I might add. Standing on windows – albeit strong ones – is an uneasy feeling.

While topside I captured the glaziers removing old panes, installing new glass, and replacing dozens of metal panels that seal the exterior structure. And as you can see, sliding the slabs of glass between the scaffold and the vertical wall was not easy. The crane operator is an expert at working in those tight tolerances. 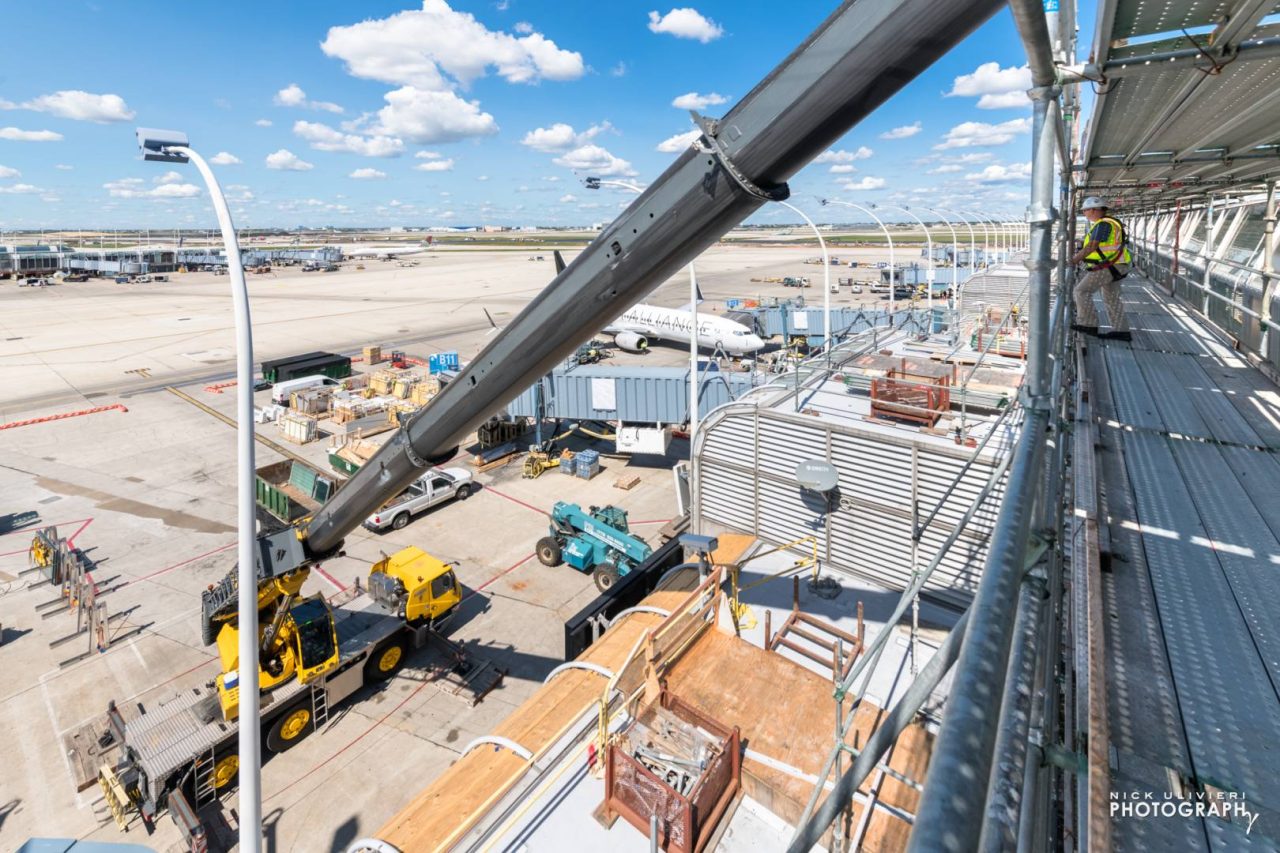 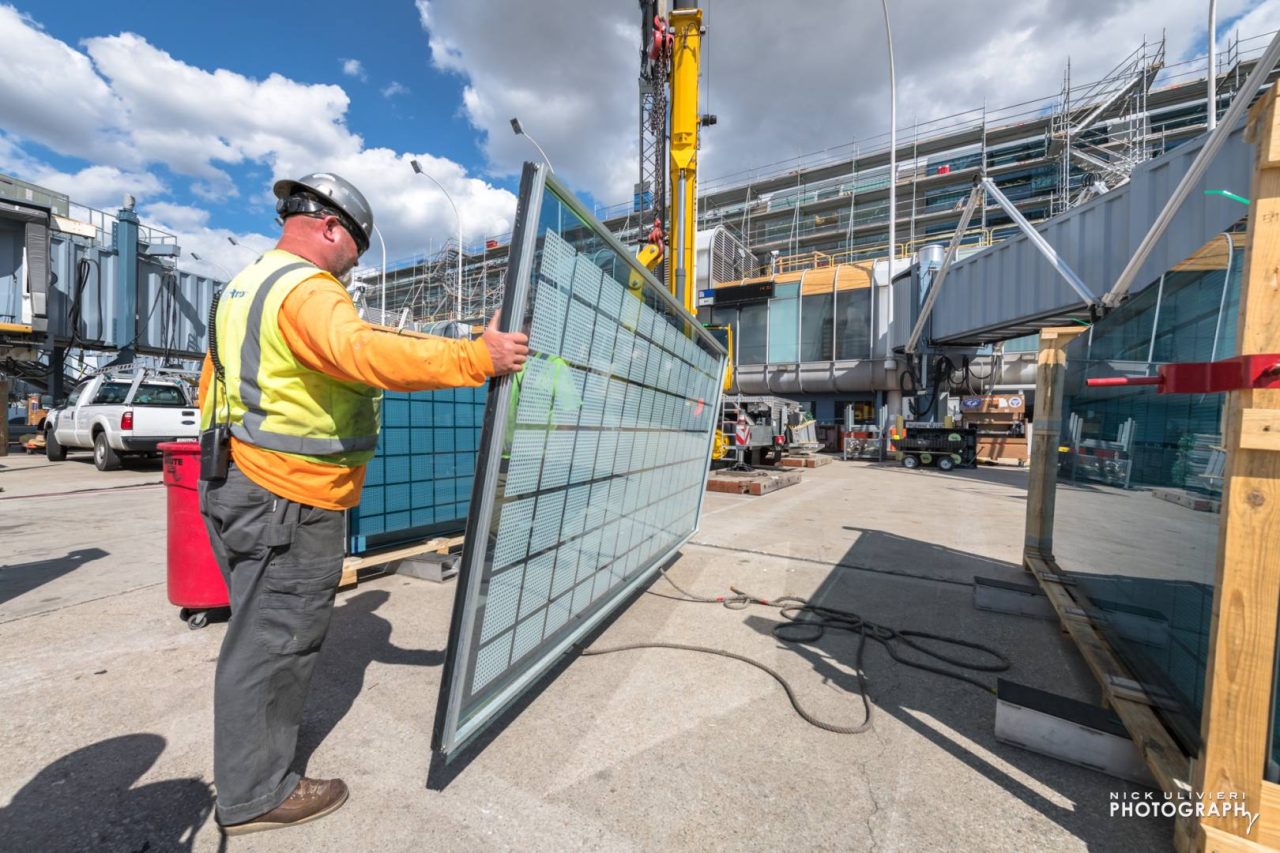 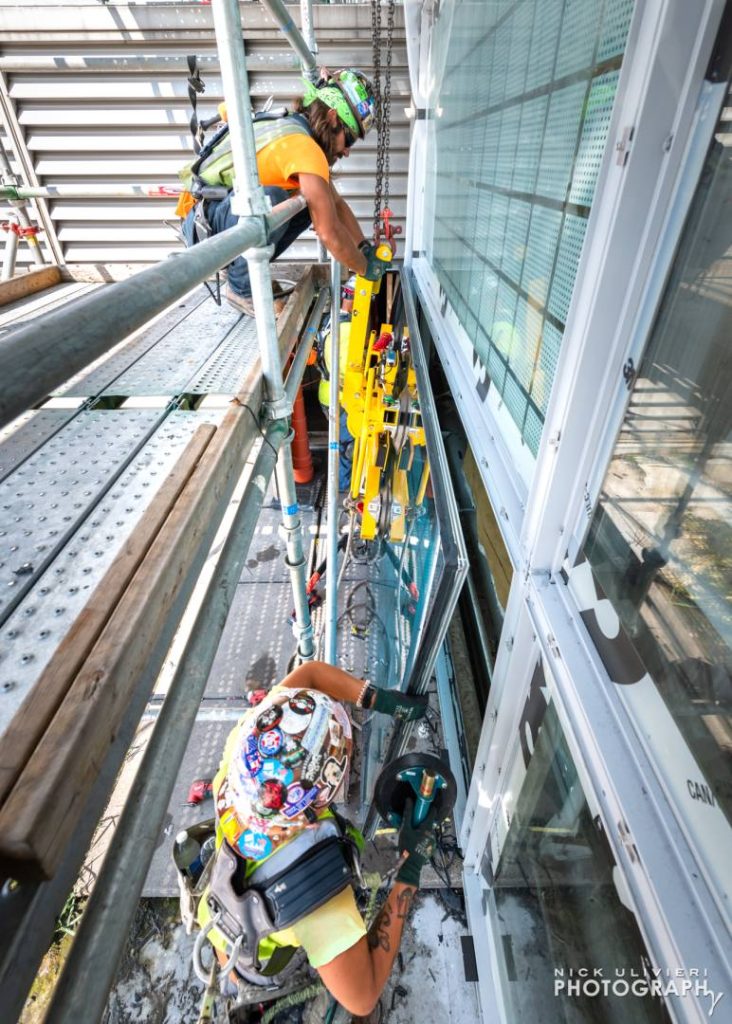 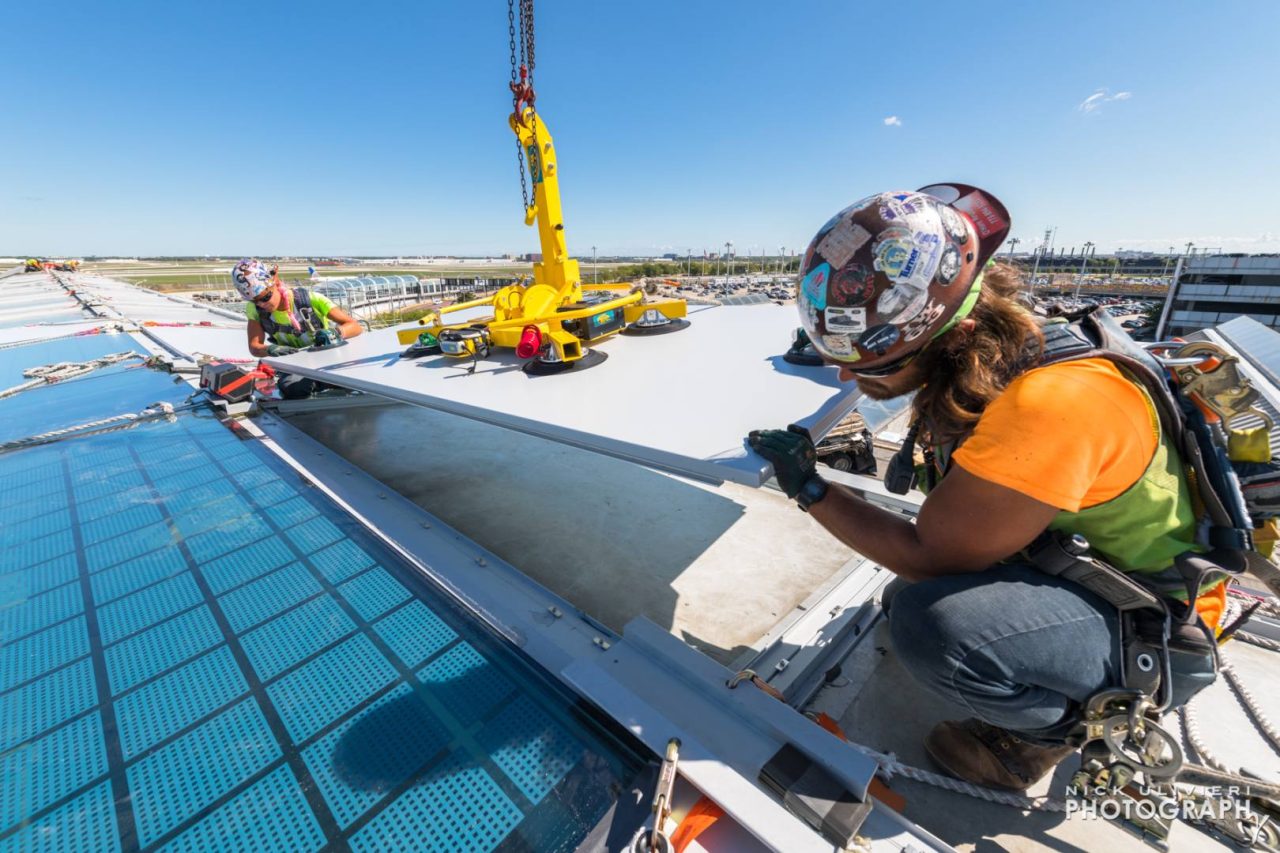 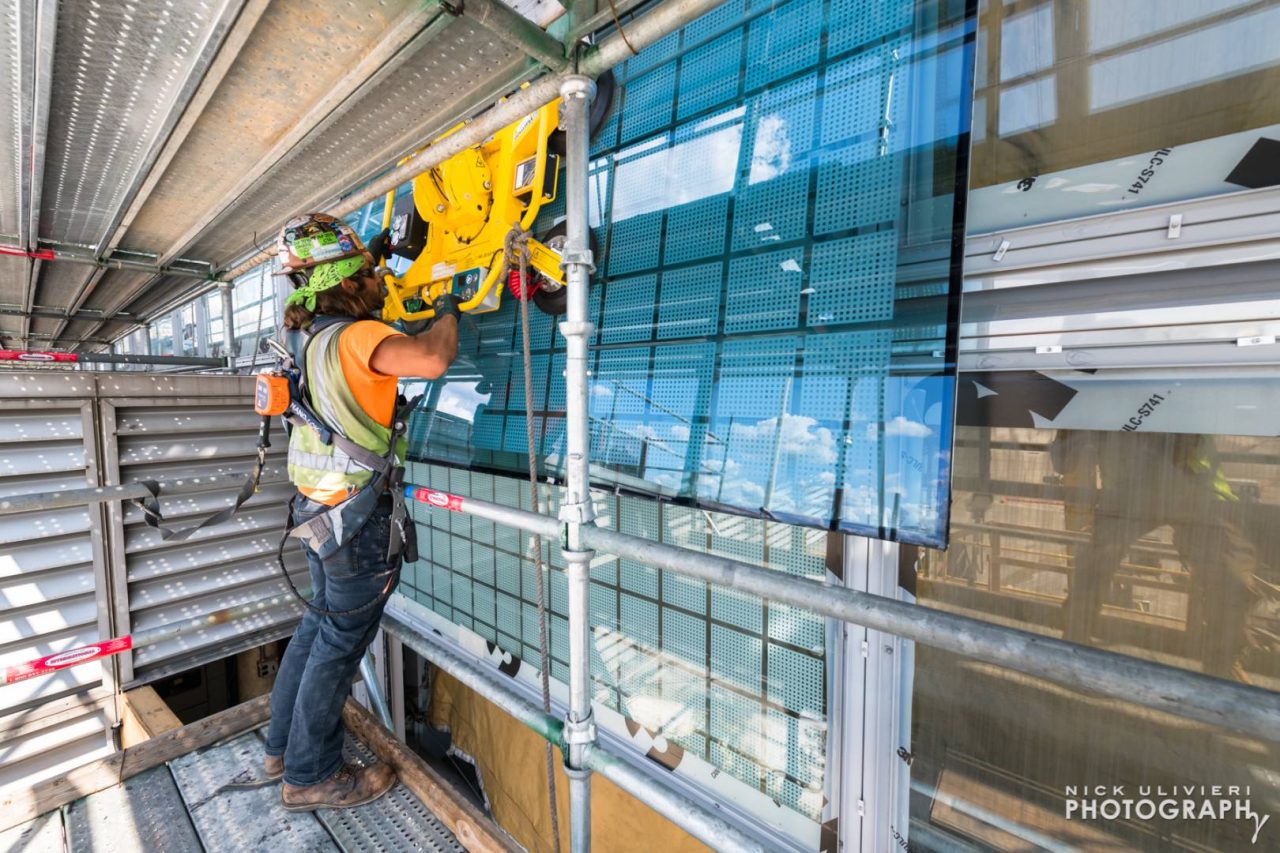 Curious how they do this work without shutting the terminal down? A custom made, multi-layered kevlar catch system secured high above the terminal’s floor protects travelers and airline staff. Were a pane of glass to shatter or fall, this rigorously tested system would catch the glass. Thankfully, the system has not been tested on-site. Next time you’re in T1, check out how bright and light it is in the space. 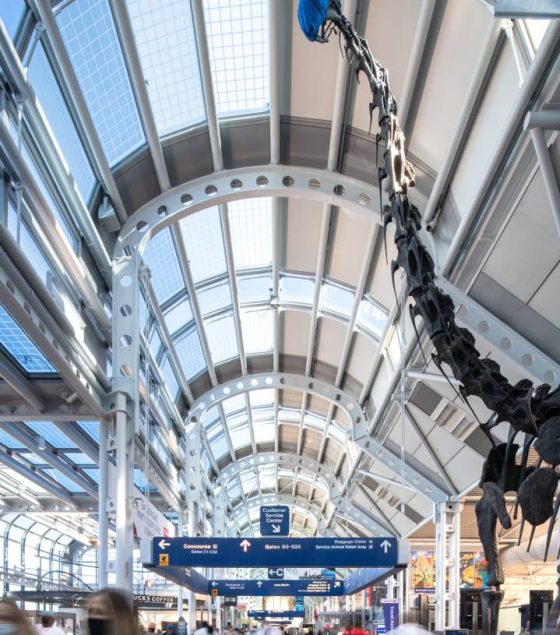 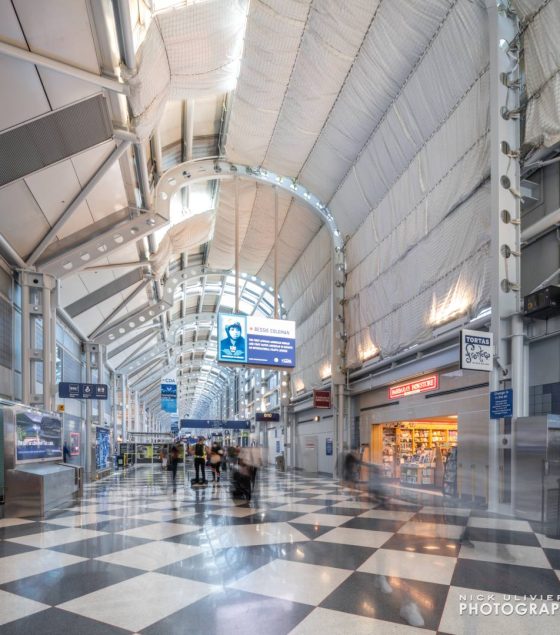 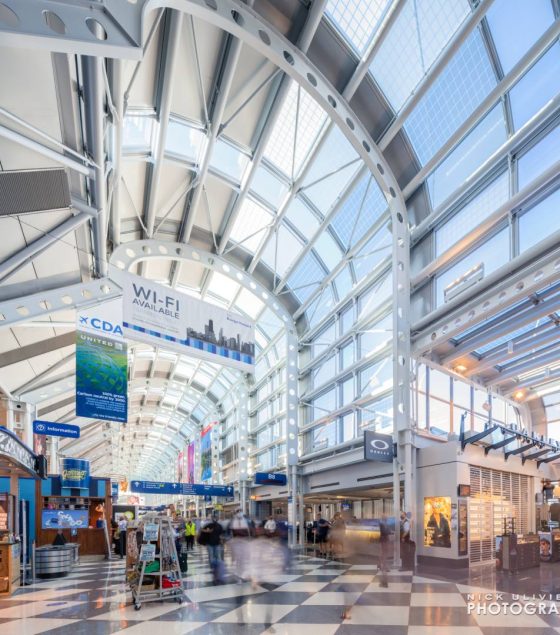 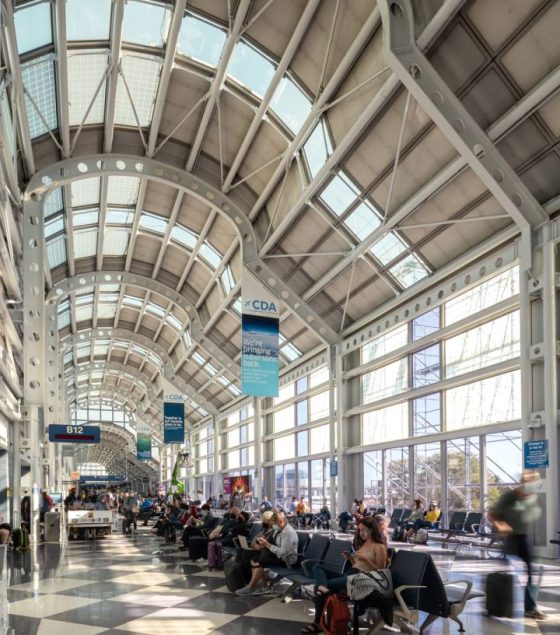