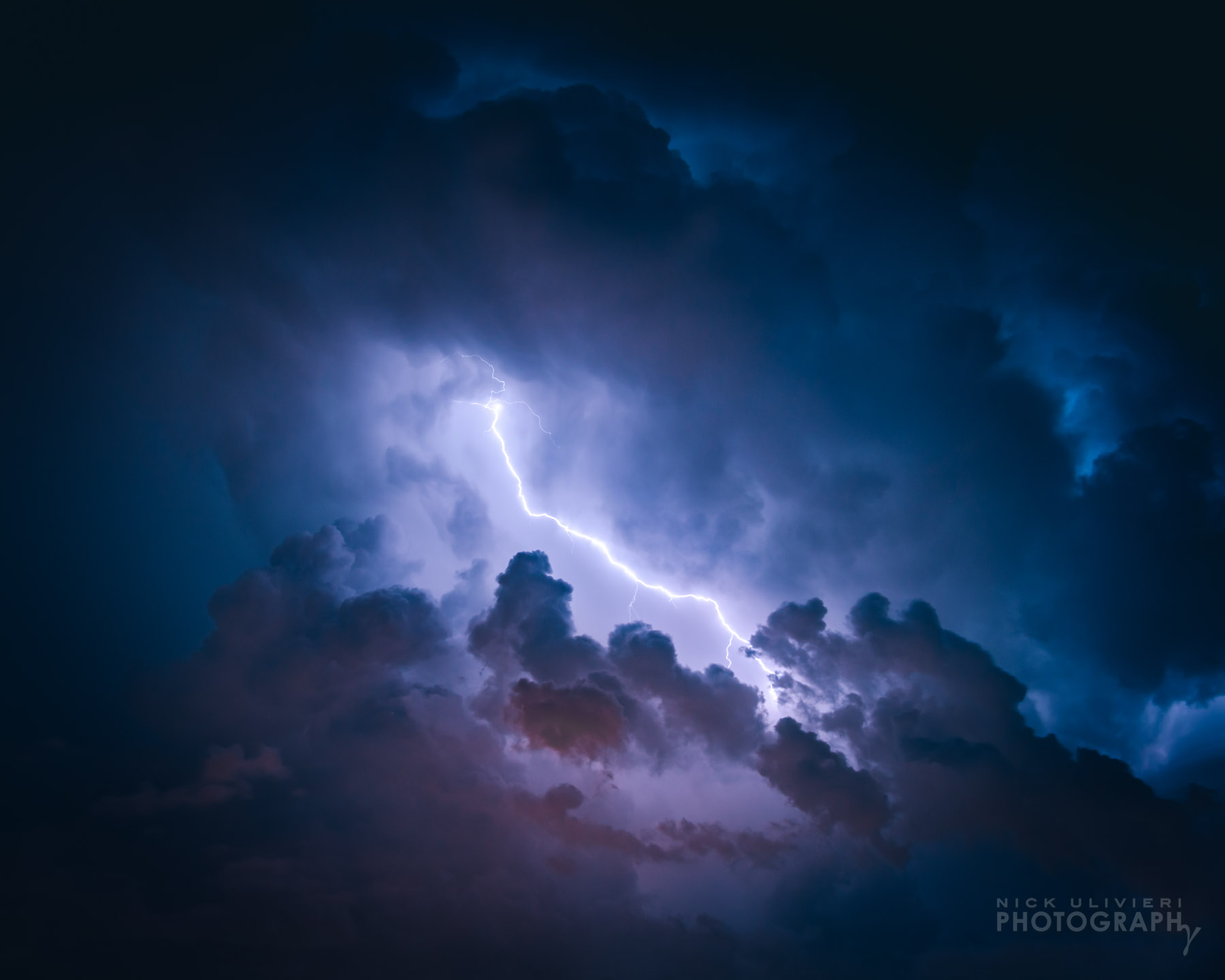 I set-up my gear and watched as towering clouds incessantly lit up over the south suburbs on Friday night. Instead of shooting wide, I zoomed in for some close-ups. I loved how the serpentine bolts were illuminating the textures formed by the roiling clouds. At 10 miles away, it was a Goldie Locks sort of storm. Just far enough to appreciate its scale; strong enough that the lightning was near constant; and maybe most importantly, the air between me and the storm was free of clouds, rain, and humidity so I was provided a crystal clear view of the action. 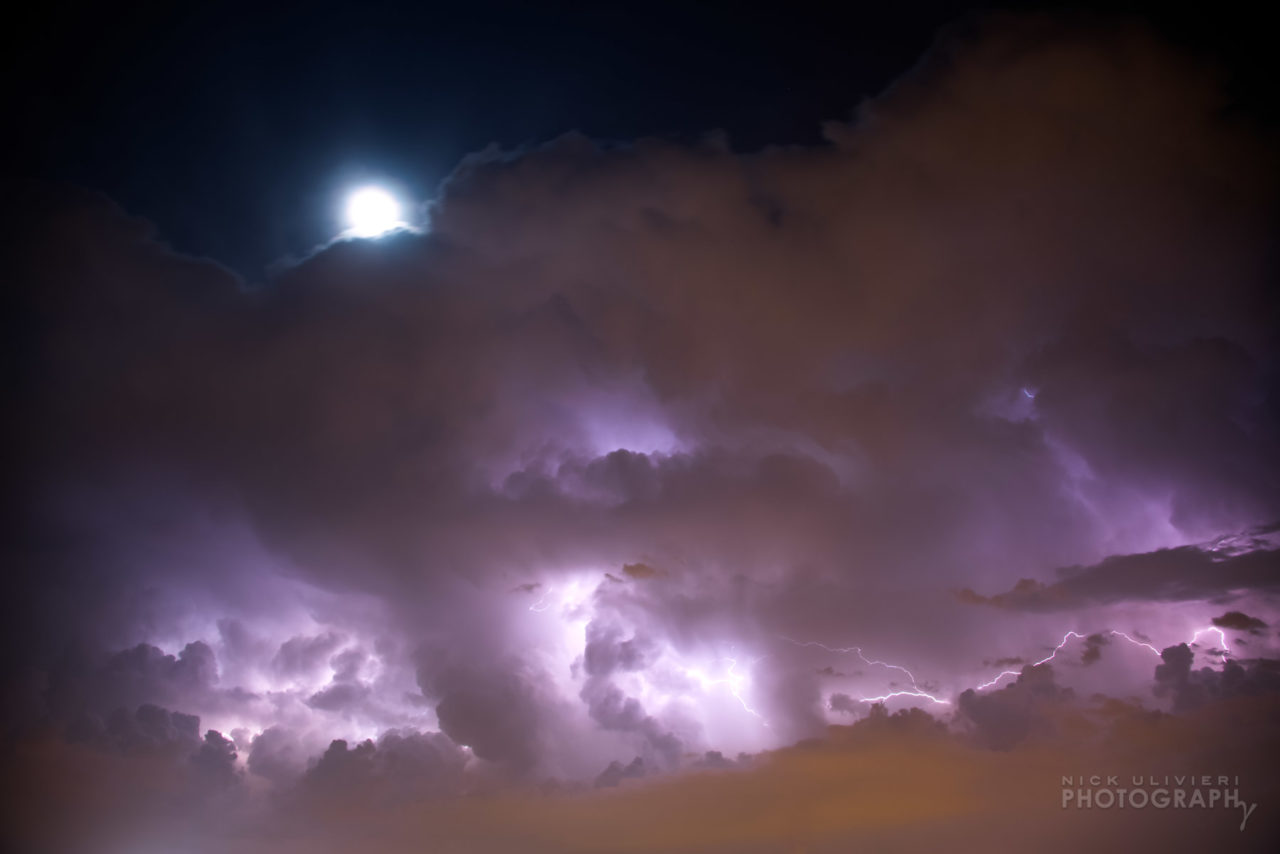 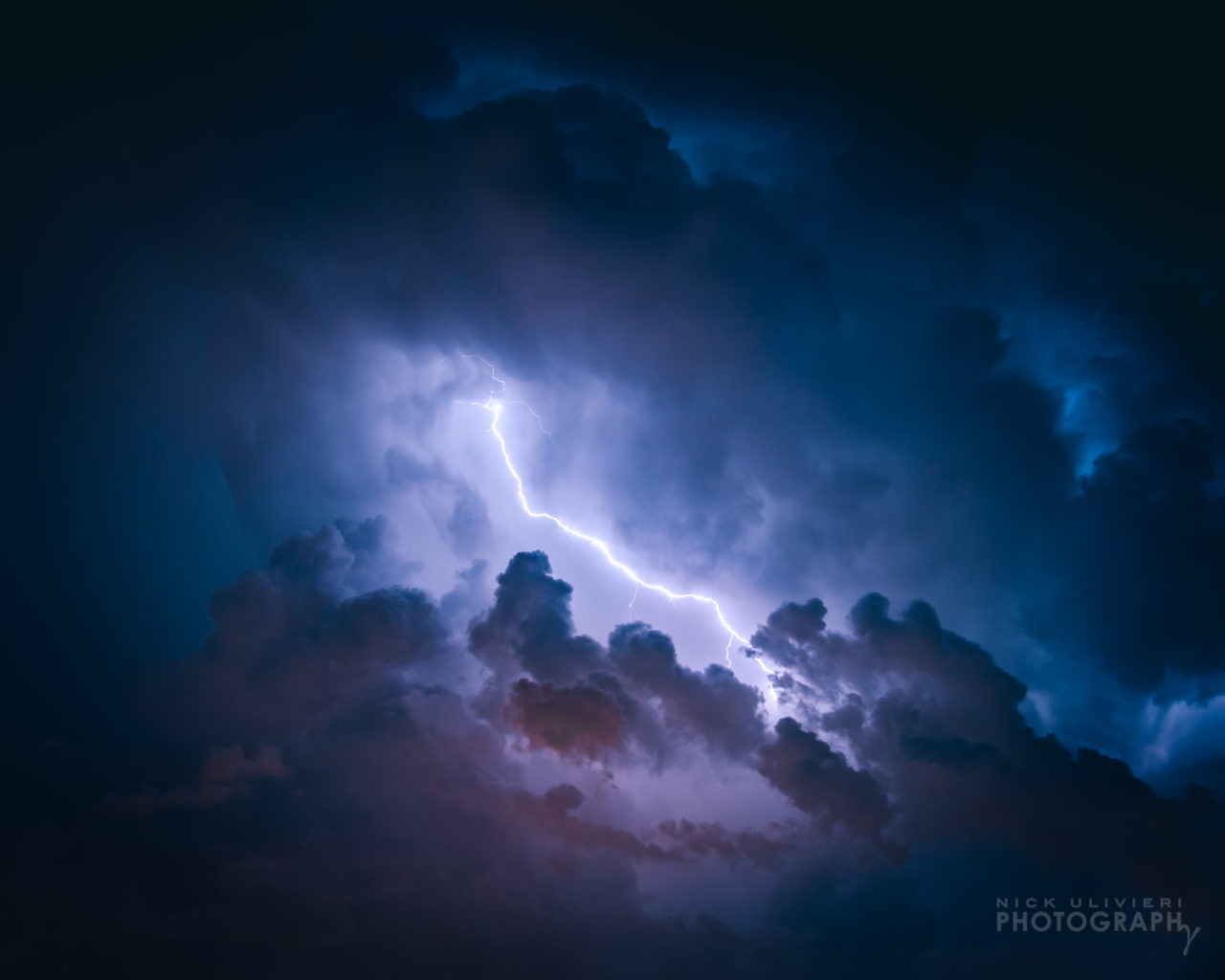 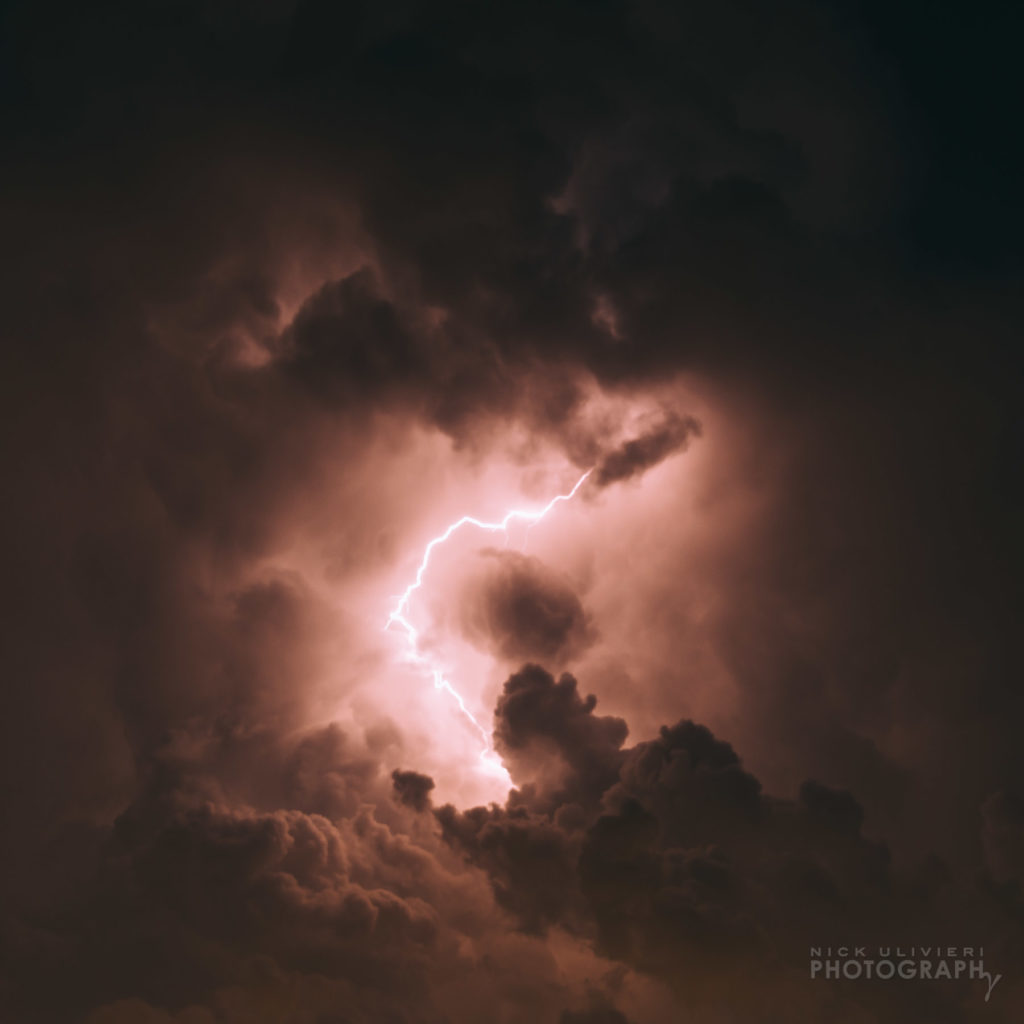 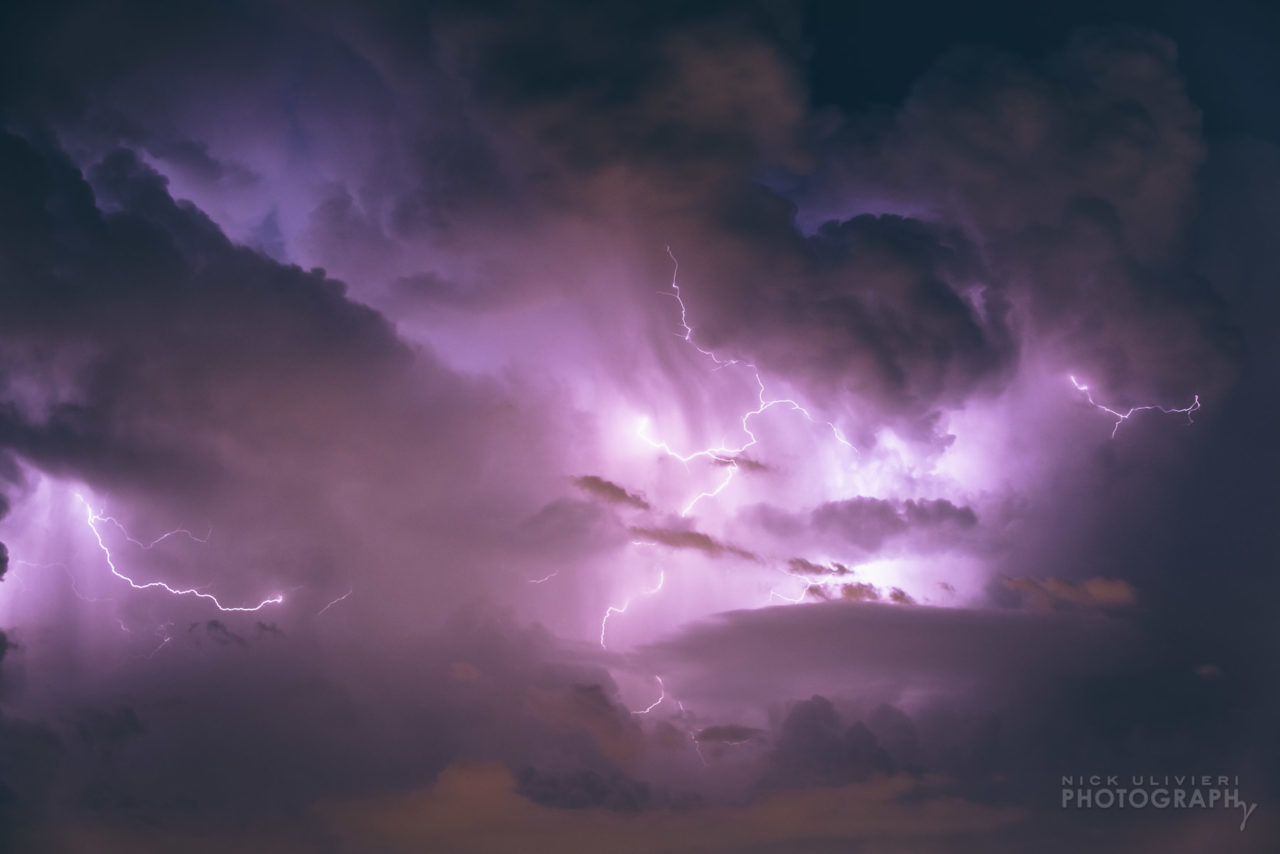 A few hours later, I ventured back out after midnight to catch the second, more powerful, storm as it directly hit Chicago. Unfortunately **not one** single cloud-to-antenna bolt dropped from the sky. I didn’t get the shots I wanted, but still came way with a couple cool, moody frames of the skyline backlit by cloud flashes. All told, it was worth the sleep deprivation 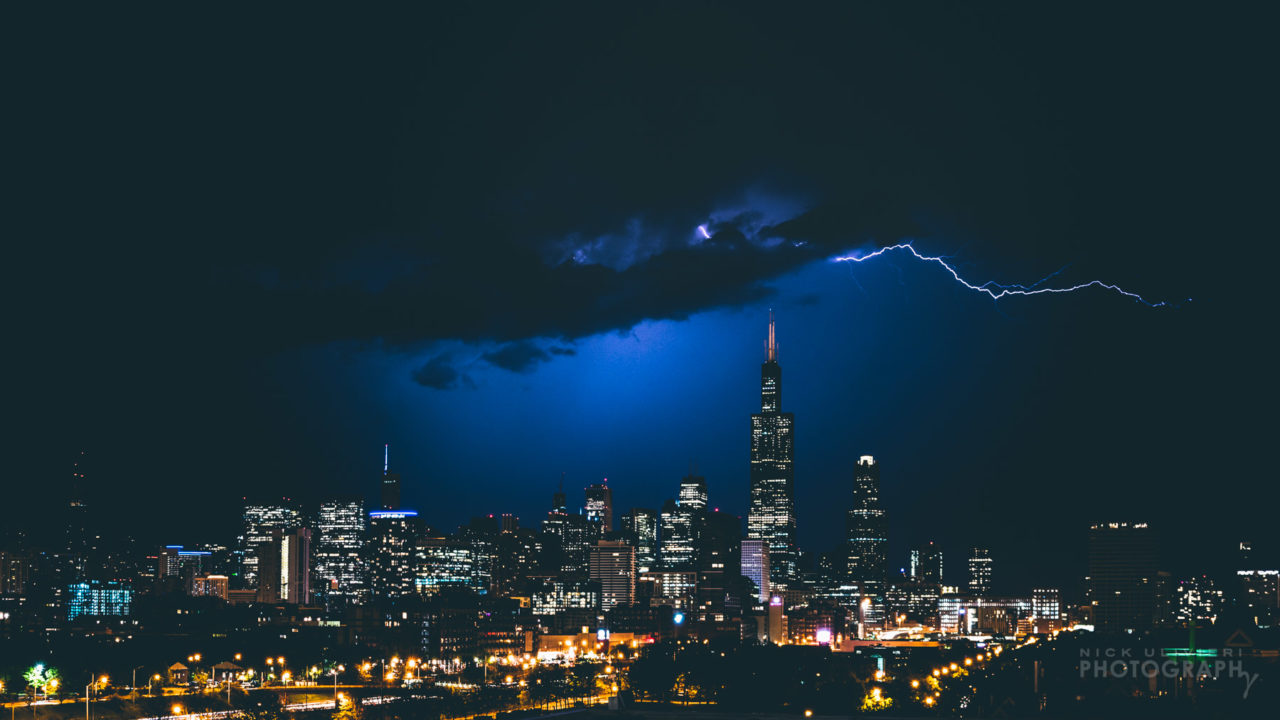 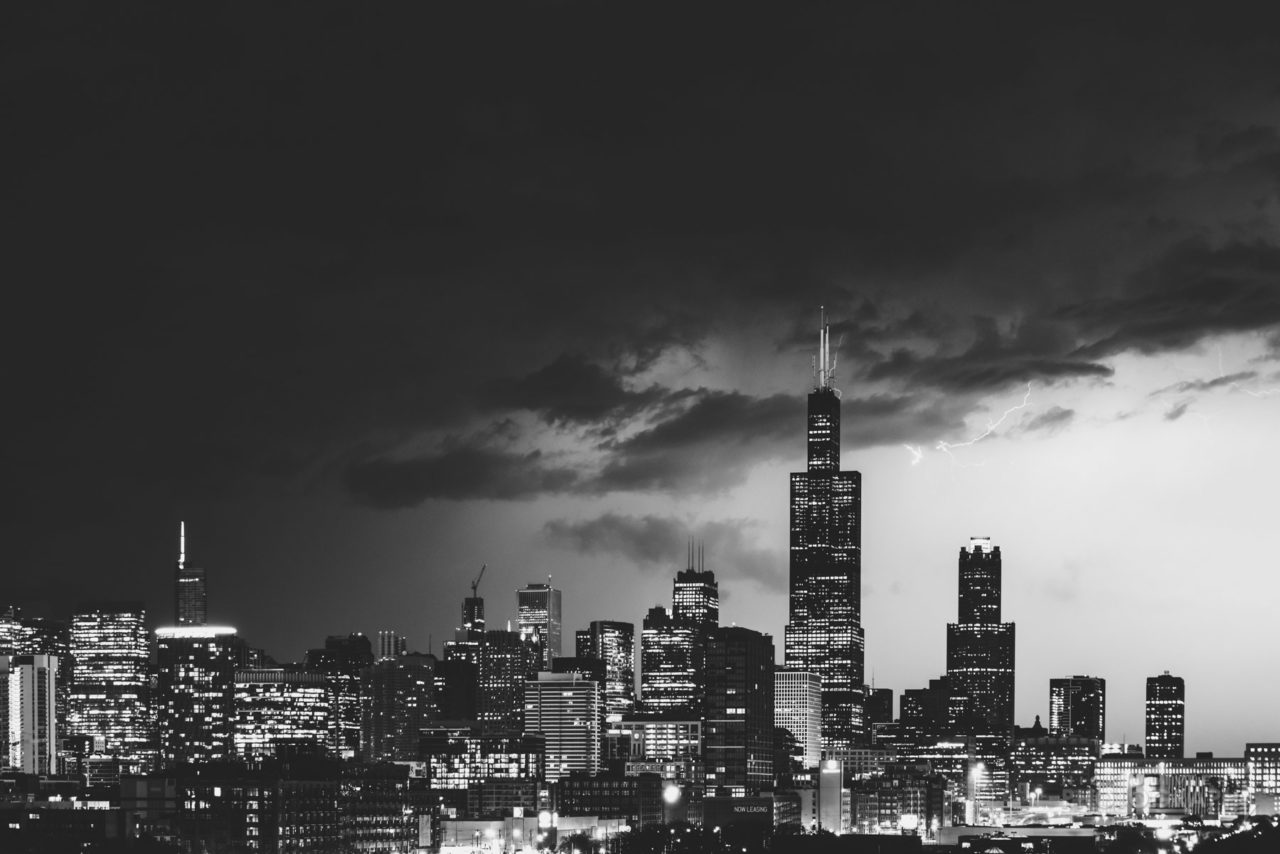