When I originally created this blog post back on October 13, it was the day after I had visited the John Hancock rooftop for the first time. Since that time, I had the pleasure of visiting twice more. Once at sunrise in November of 2011, and another time in August of 2012 for the Chicago Air & Water Show. The below text summarizes my first trip to the roof, with plenty of photos following…

When I first arrived at the John Hancock Center last night, I was nervous.  I’ve never been a fan of heights – in fact they scare me to death, but I was just hoping I could conquer my fears enough to get a few great shots.  As I waited in the lobby for my contact the nerves kept building.  It wasn’t long before we were standing in front of the large freight elevator; the only one that goes up to the 98th floor.  The ride was quick and smooth, not quite as fast as the observatory elevators, but definitely a swift ride.  My ears were beginning to pop just as the elevator came to rest at its proverbial summit.  The doors opened with a thud, and I was now standing in the utilitarian bowels of the building.

Rows of cages, pipes, wires, and equipment were surrounding me in this sort of mechanical penthouse.  We climbed up two flights of stairs, passed though myriad narrow corridors, and a handful of doors to get to the ultimate destination.  As each door opened I took a breath not knowing if I would all of a sudden be face to face with my fear of heights.  However, after one final corner, we entered a small room with a tall ceiling.  In the corner of this room was a quarter of a giant steel cylinder running from the floor to the ceiling. I soon realized that I was face-to-face with the foundation of a Hancock’s transmission tower/antenna.  To the right of this huge-steel sleeve was a door, smaller than the rest, and  I knew this was the roof access point.

As the door opened I could feel a small burst of air.  “This is it!” I thought to myself as I prepared to step out.  But then I paused.  As the door opened, I could see nothing but a faint gray color.  With nothing to focus on I had no sense of depth perception and for a moment; I thought I was peering into another, dimly lit corridor.  But as I stepped forward, I soon realized I was looking at the Eastern sky out over the lake.  It then hit me that I was actually 1,127 feet up in the air.  A burst of adrenaline, and a shot of nervousness later, I took a step out onto the roof.

The first thing I noticed was that the weather was better than expected, and the full-moon was staring to peek out from behind the cloud cover.  The breeze was relatively light and the temperature was about the same as ground level – so far so good.  As I cautiously stepped further out, the skyline slowly made its appearance from behind the mechanical penthouse’s wall I just stepped through.  At that moment my fears melted away, and I was relaxed. I stepped to the edge – well, about 3 feet from it, and took in the incredible view.  Fortunately and unfortunately, it’s not easy to get to the extreme edge.  Ringing the roof perimeter are two, ~2.5 foot-tall, rails on which the window-washing units travel. For safety’s sake, I was told to stand inside the rail closest to us. Fine by me. Though a down-the-side shot would have been killer.

Then I turned around and looked up.  My jaw about dropped.  Not to discredit the wonderful view of the skyline, but looking straight up at the dual transmission towers from that vantage point was really special.  They are impressively huge up-close, about 400+ feet tall, and the shear amount of secondary antennae, satellite dishes, and other transmission devices was staggering.

I plunked down my 30 pounds of equipment, set-up my tripod, grabbed my camera, and started shooting – I didn’t have much time.  For the short time I was up there, I didn’t get tired of that Southern view.  I kept snapping away, changing my lenses, and switching from shooting the skyline to the antennae. 40 minutes later, it was time to head back down.  I had my shots, and I conquered my fears – a perfect shoot.  This has definitely been the most unique photo-op I’ve even had, and I don’t expect a better one to come along anytime soon. 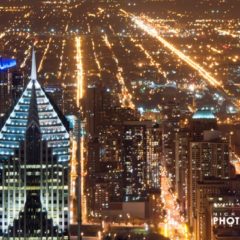 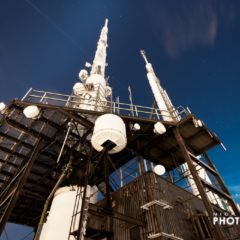 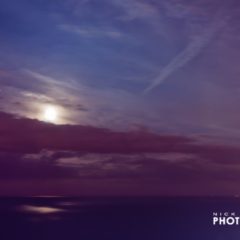 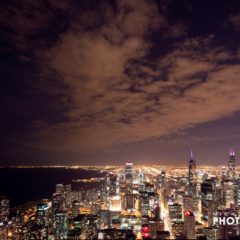 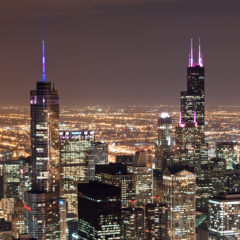 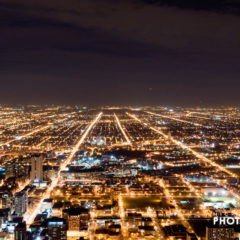 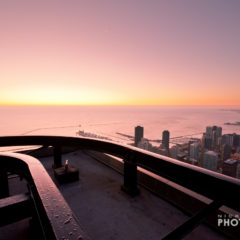 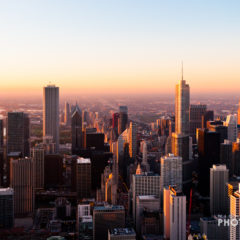 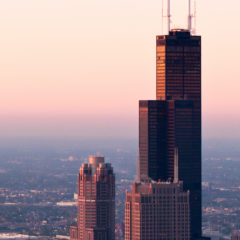 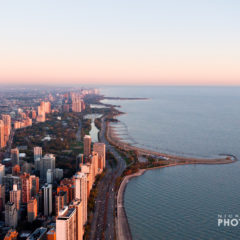 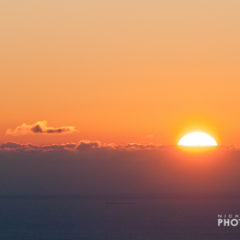 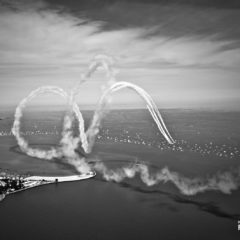 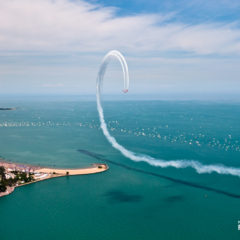 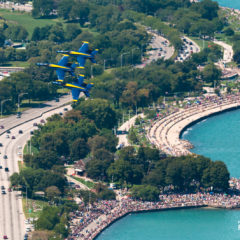 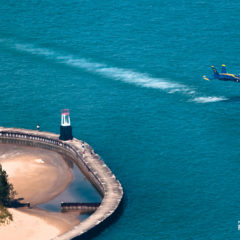 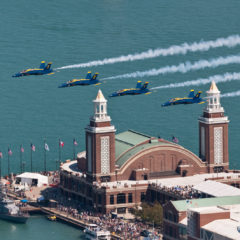 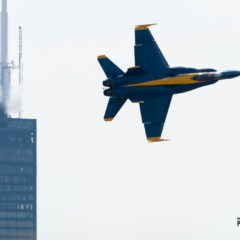 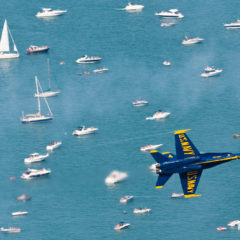 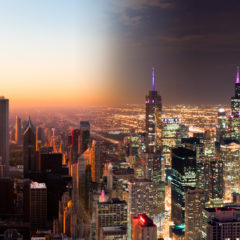 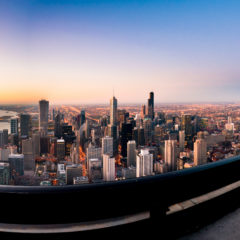 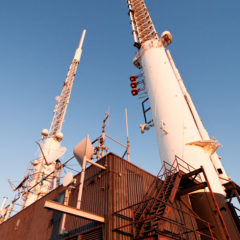 See more photos from my trip to the roof here