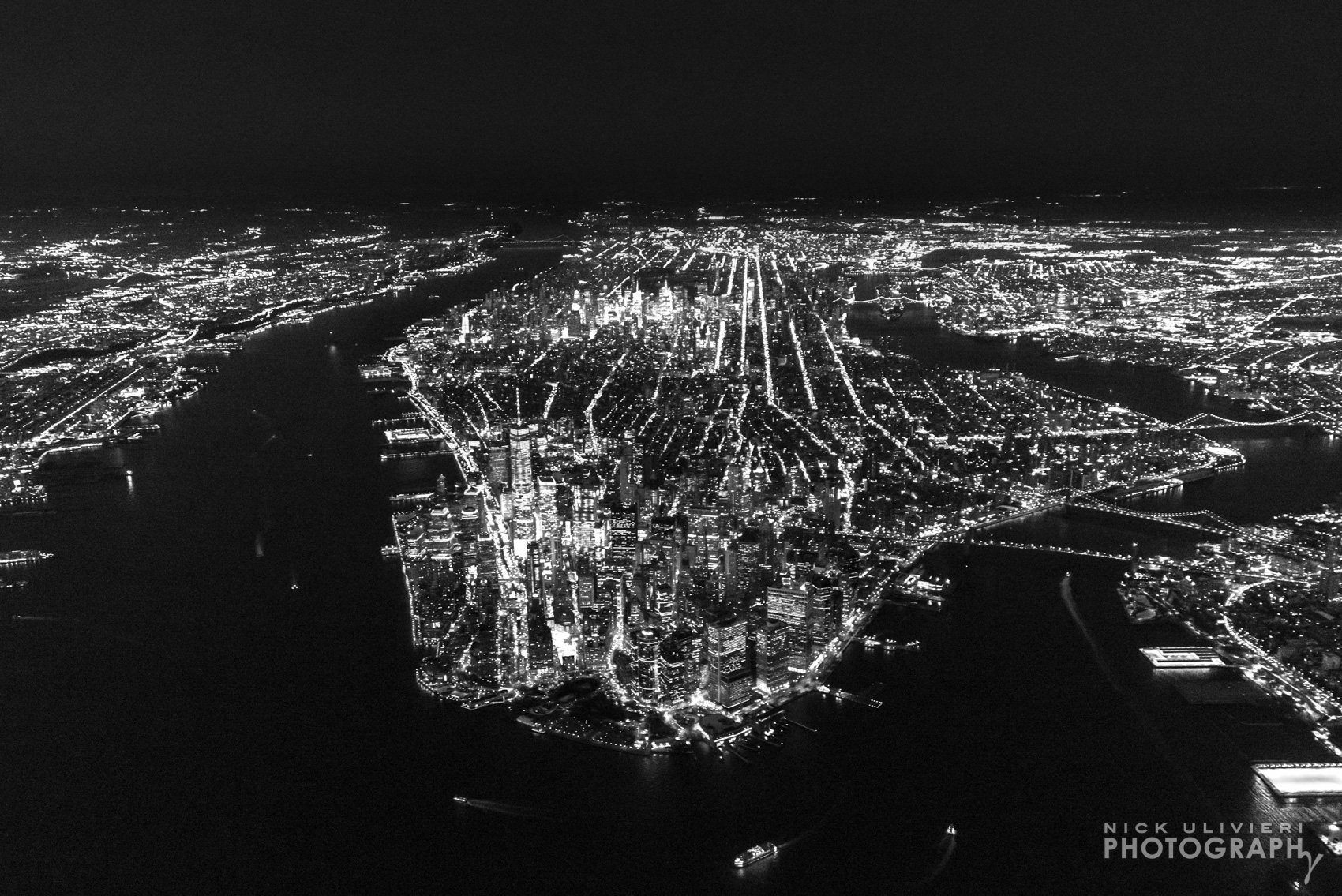 Hanging out over New York with FlyNYON

For my first visit to New York City, I figured a helicopter flight over Manhattan would be a great way to get a lay of the land, so to speak, and take some unique photos. I’ve followed FlyNYON’s Instagram feed for a long time and they constantly produce and share some of the best aerial imagery around, so I knew they’d be the group to fly with for the shots I wanted.

When booking the flight* a few weeks prior to the trip, the plan was to fly over Manhattan during blue hour to capture the deep blues and oranges in the post-sunset sky while the city lights began to glow below. But when Amy and I woke up on Friday morning, the day of our flight, we were greeted to snow and overcast skies. Luckily, the forecast had the system moving out by late afternoon, which it did, and beautiful skies persisted. After a few hours of sightseeing in lower Manhattan, we began the trek to the Kearny Heliport in New Jersey.

*In order to have more control over the flight path, flight time, and adjust the flight schedule in case the weather wasn’t photogenic during our primary flight window, I planned a custom flight with the FlyNYON team. Like most helicopter operators, private flights are more expensive, but they give you much more leeway to plan and execute the perfect flight

In Chicago I normally fly in a single-engine Robinson R-44, but FlyNYON had us in the big Eurocopter Twinstar AS355. This twin-engined, triple bladed helicopter would make for a much smoother flight than the R-44, but the doors couldn’t be removed – they had to be slid open mid-flight. Before we could take off, I had to learn how to open the door if I didn’t want to shoot through a window the whole time. After I mastered the door mechanism, we went back into the office, went over the flight plan, put on a harness, and went out to the landing pad.

When I fly in Chicago, it’s hard to get permission to climb to more than 2,500′ because the take-off and landing patterns of O’Hare and Midway airport often dissect the skies directly above downtown. But in New York City, air traffic is routed in a way that makes getting clearance to climb high above Manhattan possible. My original goal was to get a shot of the tip of Manhattan from about 7,000′. After a couple minute transit from New Jersey to Manhattan, we were above the point we’d begin our climb. We slowed enough and I was given the green light to slide the door open…and then the cold air rushed in.

Oh yeah, I didn’t mention the temperature yet! By the time we lifted off the sun had set and the balmy 40° high experienced earlier in the afternoon was long gone. The low temperature recorded in New York that day was 31°, which normally isn’t too bad. However, when you’re a few thousand feet above sea level (temperature generally decreases by 3.5°F per 1000 feet) and flying through the air, generating wind, we were experiencing wind-chill temperatures approaching the single digits.

I had on plenty of layers, but the hand warmers tucked into my gloves were no match for the cold. The heat was being stripped from them so quickly they were hardly warm. Though I suppose my hands would have been in worse shape had I not had them at all. So we continued the ascent.

The quickest way to climb in a helicopter isn’t quite straight up as you might imagine. You actually corkscrew. And it’s not a fast process either. By the time we got to ~4,000′ I was pretty happy with the shot I was getting. Instead of climbing further, I felt like I had the shot I wanted and we began our decent into Manhattan.

After these shots we dropped lower, and a few degrees warmer I think too, due to a few spins around the financial district and World Trade Center….

On the way back to the heliport we were able to get a parting shot of the skyline with the Statue of Liberty in the foreground.

As with most flights, there are always other shots I wanted, but have to get them next time I fly. Aerial photography in a new city is always tough. There are endless compositions to shoot between different combinations of altitude, weather, light, lens choice, and time of year – to name a few. And when you’re new to a city, it’s hard to focus on all of them as you hastily take frames of just about everything you’re seeing for the first time. In the end I’m really stoked with what I have, but can’t wait to fly again with a better plan in mind.

If you find yourself in New York, and want to fly, connect with the FlyNYON team here. A big thanks to Christi for flying us, and Lexi for helping us get it all set up.

Of course there were a lot more shots along the way, so check out the gallery: 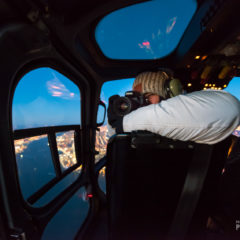 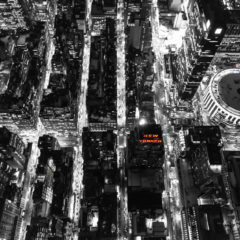 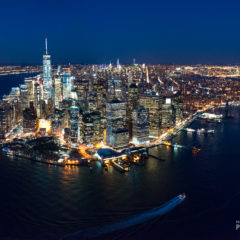 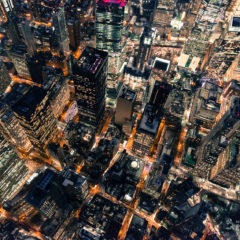 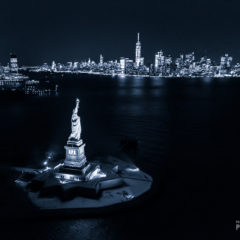 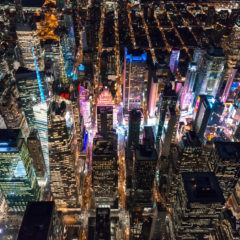 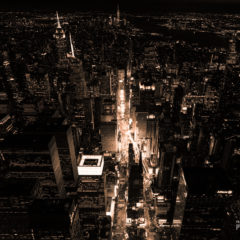 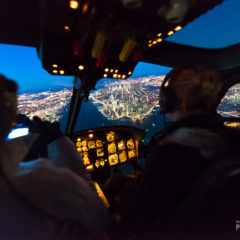 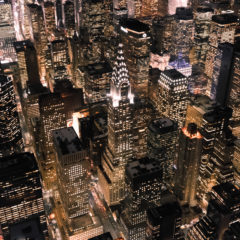 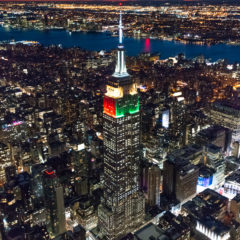 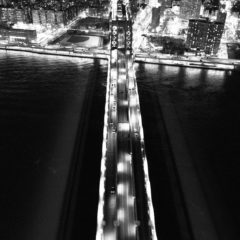 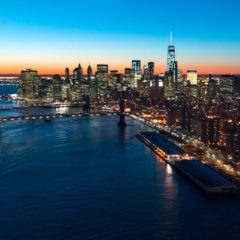 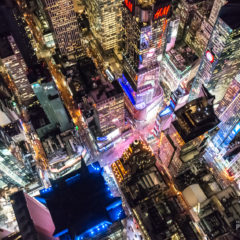 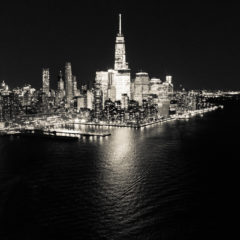 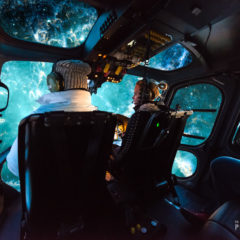 Last but not east, here’s a stereogram I put together with two frames taken in quick succession.