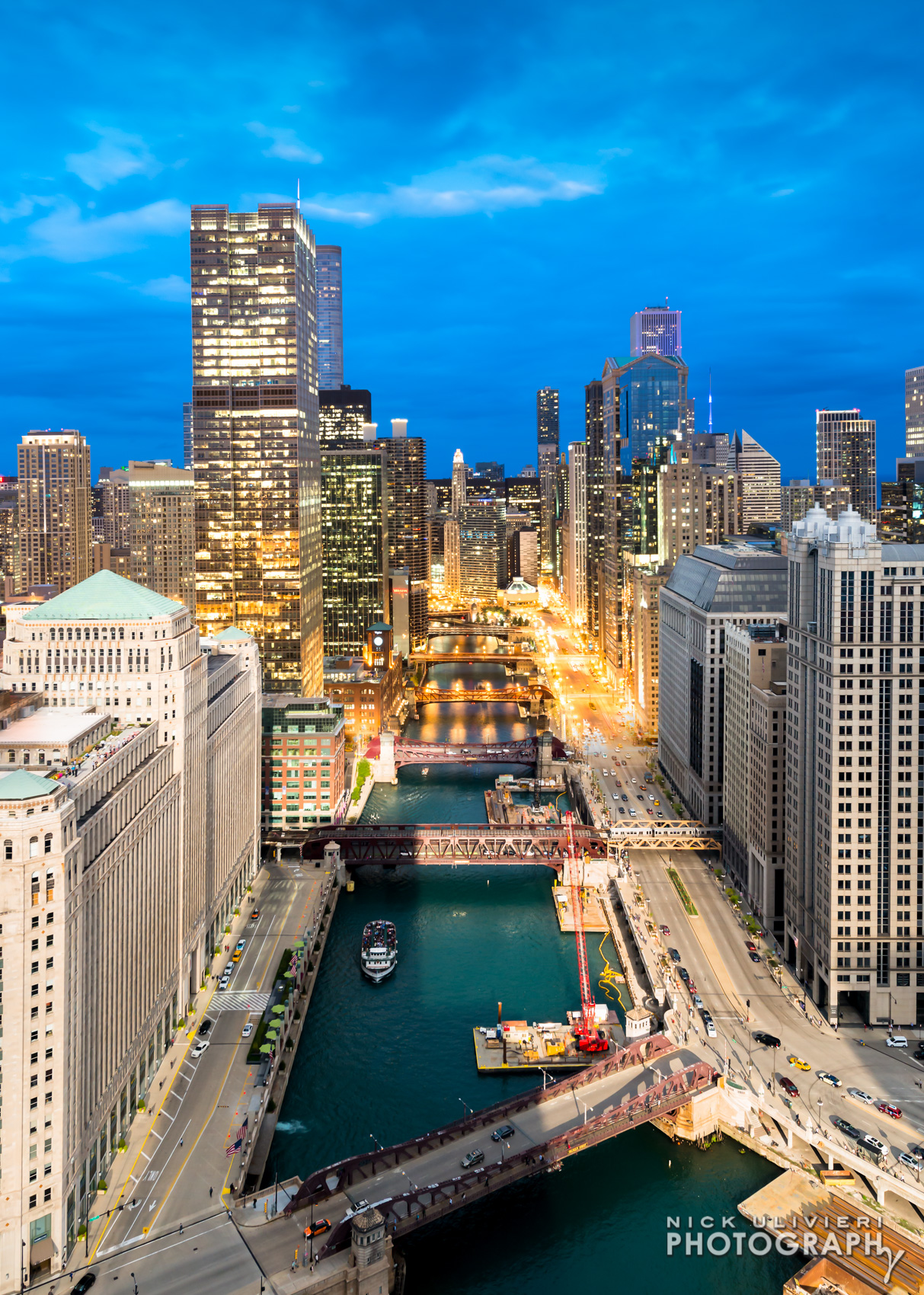 Hanging Out Atop Wolf Point West

As soon as I learned of the Wolf Point development project back in 2012-ish, I knew these buildings would feature some of the best views in Chicago. So when Wolf Point West broke ground in July of 2014, I was determined to find a way on to the roof once it was topped off. The 48 floor apartment building was designed by bKL Architecture, and reaches a respectable 493 feet. Oh yeah, this is the first of three buildings planned for this site. When the entire Wolf Point project is finished, this area of the river will be completely transformed. 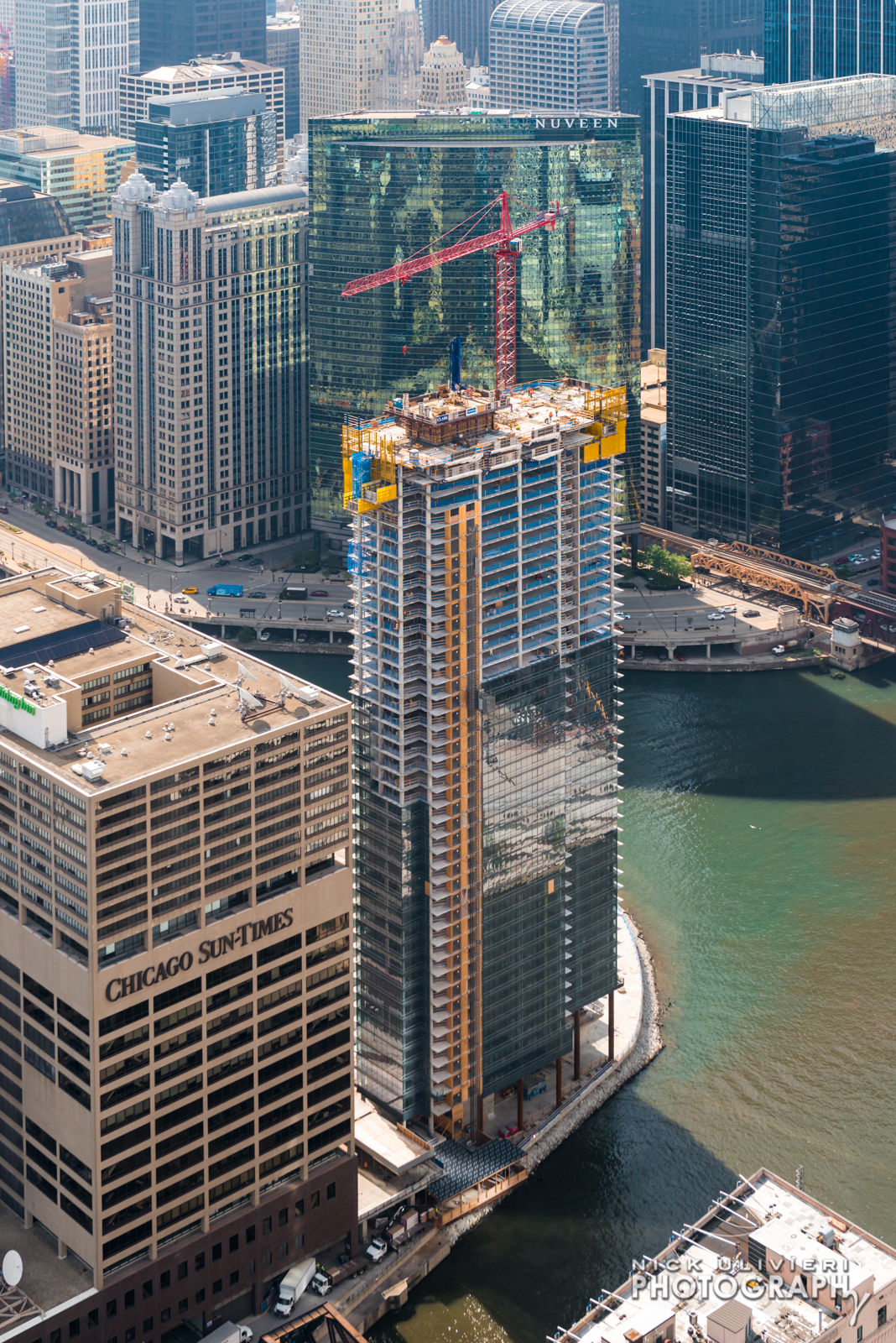 When I flew over Wolf Point West’s concrete skeleton in early summer (pictured at right), I began searching for a contact who could help me get to the top of it. Finally, after a few months of emails, phone calls, and plenty of persistence, I found a contact and was granted access to the roof.  So a big THANK YOU goes out to, Magellan Development and Hines for making my visit possible – not to mention being a driving force behind this project, too.

Ideally I wanted to catch blue hour immediately following the sunset, but there was a slight, 45 story problem. The construction lift stops at 5:00pm – sunset was at 7:38pm. The only viable option was to go up early and take the stairs down. For that view? I would have done 80. After a few more weeks of planning, our schedules and the weather fell into place.

On the day of the shoot, I met my contact and chaperone on terra ferma, got my safety gear, and we promptly hopped in the construction elevator. It was my first time in a construction lift, actually. Normally I don’t mind elevators, but this one was a bit different. I’ve tempered my fear of heights quite a bit, but it was a strange ride. Normally elevators are sealed boxes that give you have no sense of altitude. But eclipsing the tops of surrounding buildings while the air swirls through the noisy, vibrating lift, your mind starts to wander. But before it could wander too far, we reached the 45th floor – the penthouse terrace.

As soon as the elevator door opened and I stepped onto the relatively new concrete, my fear of heights melted away and I was ready to shoot. It was eerie to be up there after work had finished for the day. With the vast array of the tools, equipment, and materials, it was easy to imagine a highly chaotic, yet well choreographed hive of  contractor activity.

It was a little overcast, but that was OK, some of the best sunsets start out this way, so I was willing to take the gamble. If the clouds thin out enough the sky can really light up. Unfortunately, the clouds never quite parted enough for the ‘perfect sunset’, but the blanket-like layer of stratocumulus was perfect for blue hour. Just enough texture to add some interest in the sky and think enough for plenty of blues and purples to compliment the city’s lights. Oh yeah, about the trip down – it wasn’t all that bad. The 45 flights only took about 12 minutes to scale.

Enough text, here are a bunch of the photos that tel the story…starting with a 5-frame panorama of the view: 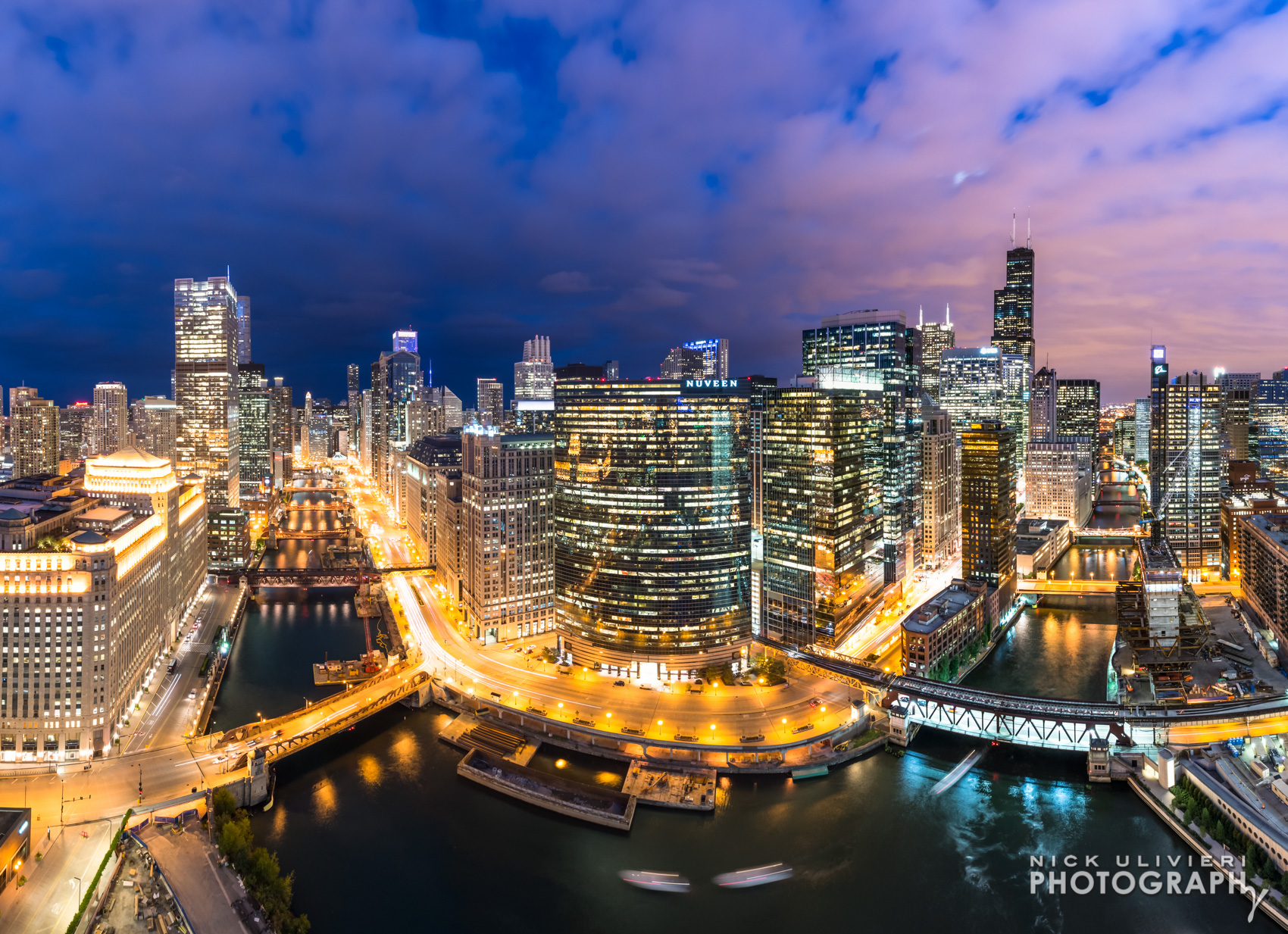 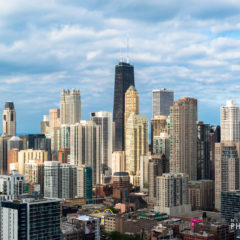 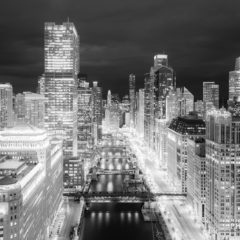 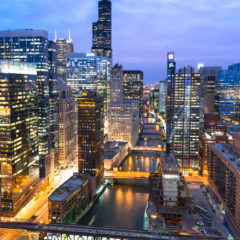 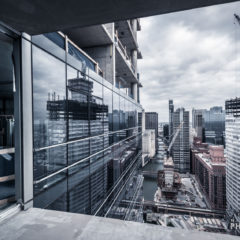 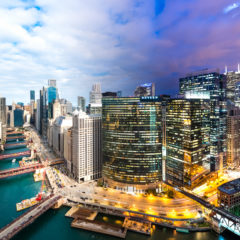 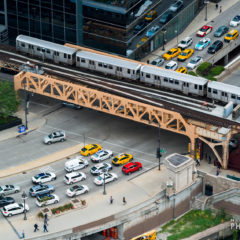 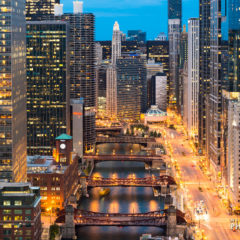 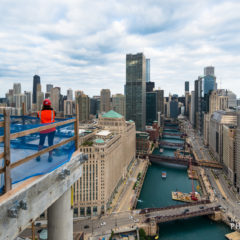 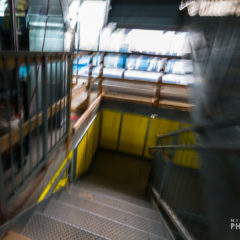 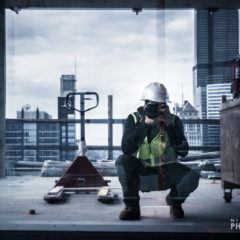 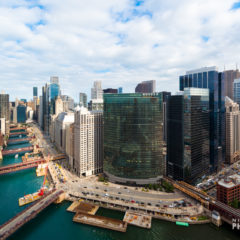 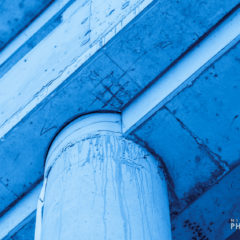 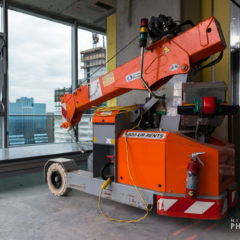 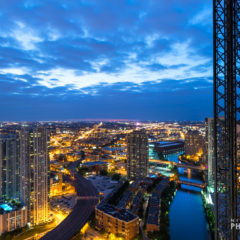