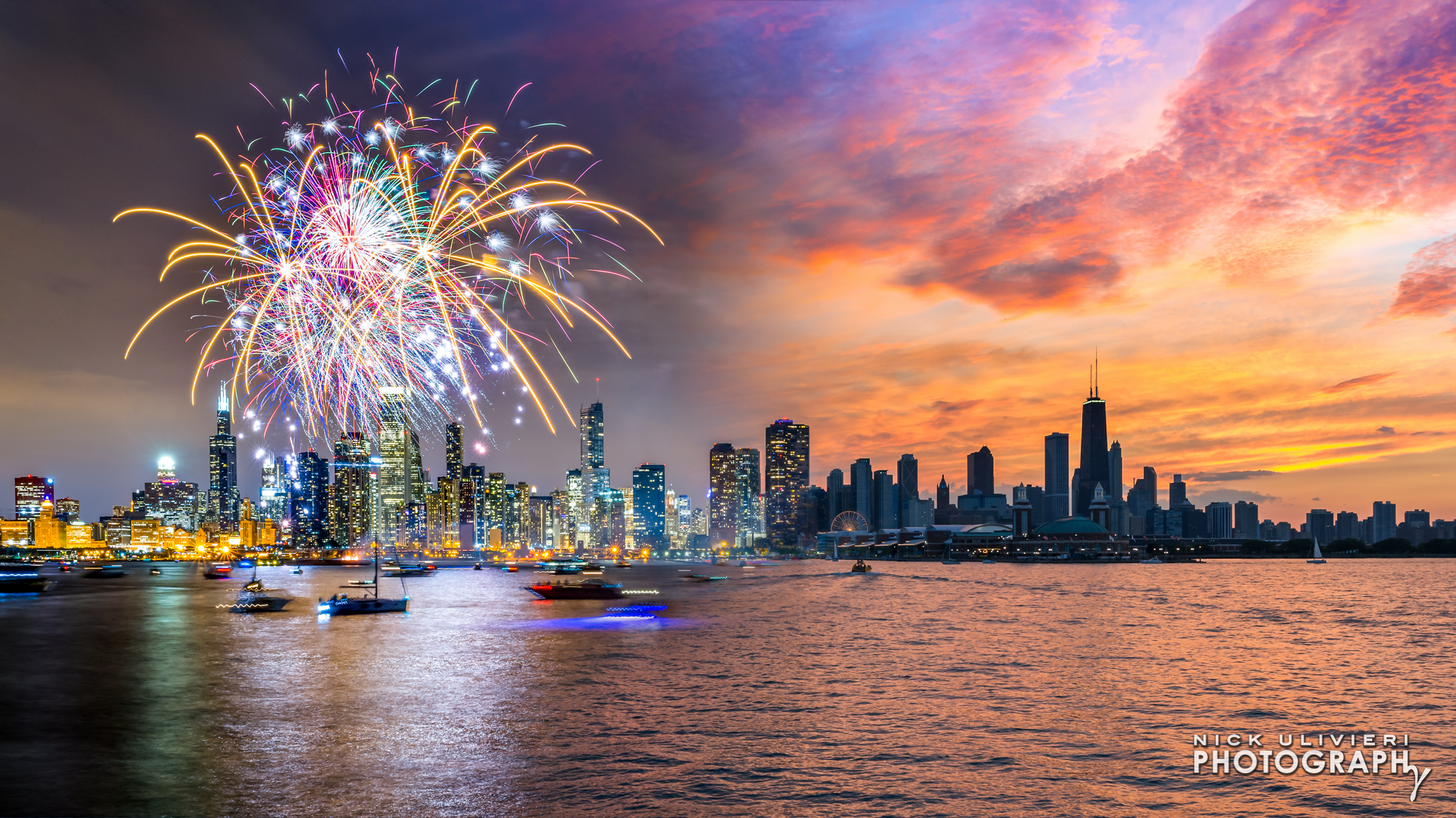 Fireworks from the Lighthouse

As Navy Pier​ is redeveloped over the next few years, I’ve been tasked with helping them update their bank of photos. New firework imagery is high on their list, and I thought the Chicago Harbor Lighthouse​ would make for a sturdy, unique vantage point for some good long exposures. Thankfully, the Pier agreed and the Coast Guard granted us access to the lighthouse’s foundation on Wednesday, July 22. Shoreline Sightseeing was responsible for my trip out there, and I was joined by one of their staff members, Adam, to ensure a safe shoot while up on the lighthouse. 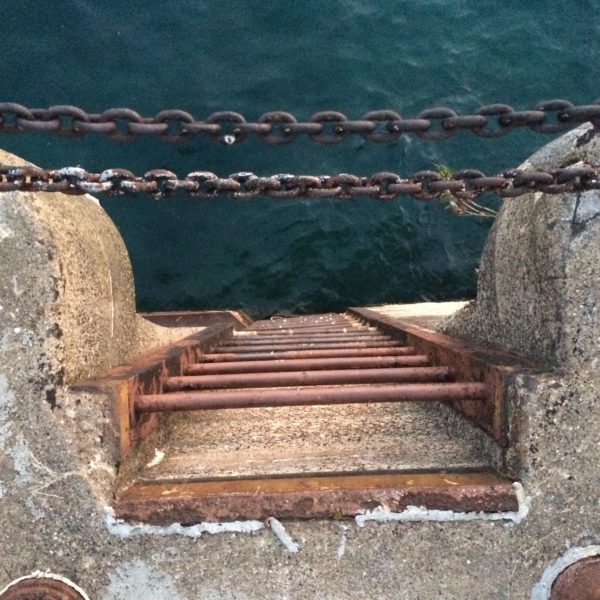 It wasn’t easy scaling the concrete foundation. Shallow waters and jagged rocks meant we had to approach very slowly. Captain Larry, and his crew did a fantastic job navigating these waters, but that didn’t necessarily make it easy to disembark. Given the depth of the water we couldn’t just pull next to the lighthouse, tie a few ropes, casually step off the boat, and walk through the lighthouse’s front door.

No, we had to leap from the bow of the ship across a three foot gap to a narrow metal plate at the lighthouse’s base. That might not sound like much, but when your landing zone is about one foot deep, three feet wide, and you’re wearing a 30+ pound backpack full of camera gear, it’s a nerve-racking (yet awesome) experience. To top it off, we had to jump at the moment just before the captain threw the engine into reverse to keep the boat from careening into the platform.

With the hard part over, all we had left to do was climb up this narrow fifteen foot ladder to reach the top. See that little metal strip to the left of the ladder? That’s what we landed on. Once up there though, the views were amazing and we could relax a bit. I was incredibly lucky to catch a super vivid sunset, and the fireworks from this vantage point were great.

We were to the top and set up by about 8:30pm, so I had about an hour to kill before the fireworks started. I enjoyed sunset and took a boatload of photos. Shooting the fireworks was fairly simple. I already had my settings dialed in based on a previous test shoot, so I furiously fired the shutter over and over. In the end, I came away with about 5-6 final images of the show for Navy Pier – so keep a look out for them!

One of the worst parts of this adventure was the return trip. By the time the show ended it was pitch dark out over the lake. But this wasn’t a problem since I was wearing a bright headlamp. What the headlamp revealed was the main issue. Sure I saw a few hundred spiders up on the lighthouse, but I didn’t quite realize how many plump spiders made their home amongst the ladders rungs until I was climbing back down, headlight blaring. Not to mention the gnats and moths that flocked to the light source mere inches from my face. Unfortunately my only two choices at that moment were to grab fistfuls of spider web (probably a spider or two, too) or go for a swim. As refreshing as the latter option sounded, my gear wasn’t up for it. The Shoreline Water Taxi couldn’t come back fast enough…

The feature photo is a two-frame blend of the fiery sunset and an image of multiple fireworks shots composited together. Here are a few more shots from the night… 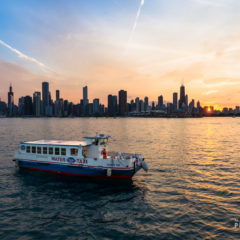 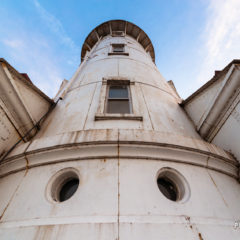 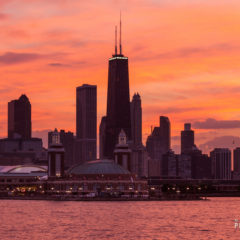 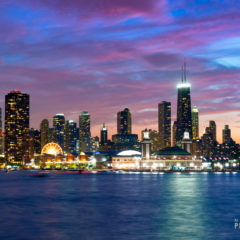 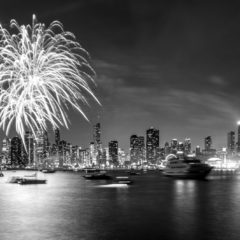 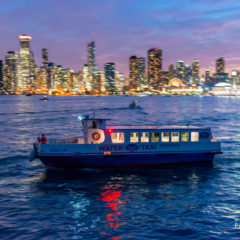