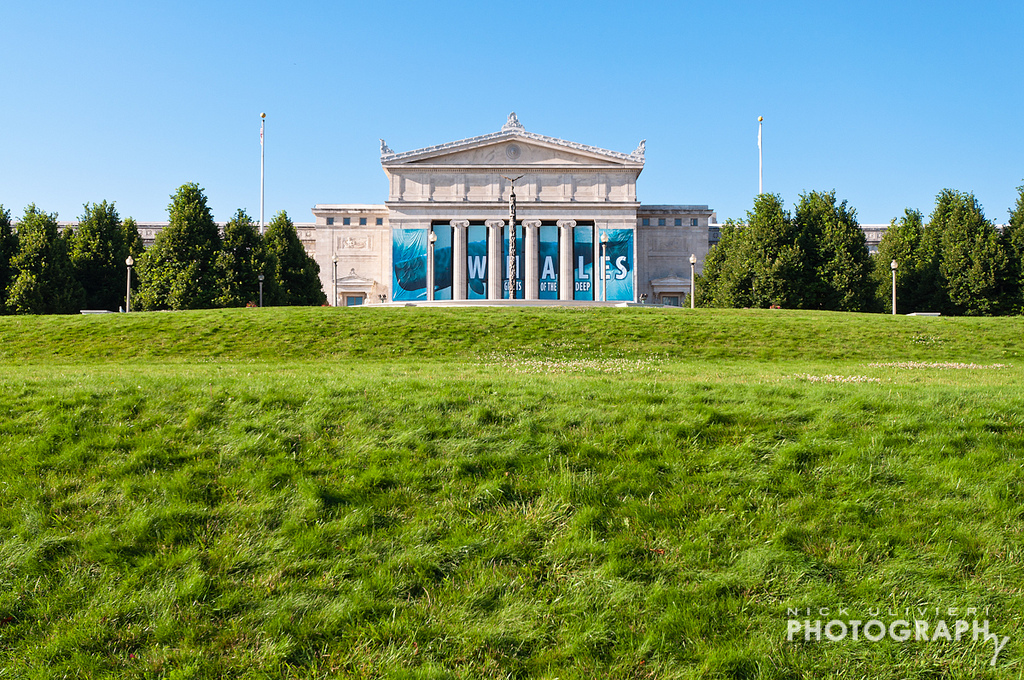 See the rest of the Museum Campus photo-set here!

Chicago’s Museum Campus has some of the best views of the city skyline, and three very popular museums; The Adler Planetarium, The Shedd Aquarium and The Field Museum.  Though it wasn’t until 1998 that the city transformed this area into a sprawling 57-acre park.  Prior to Museum Campus’ creation, Lake Shore Drive actually ran to the East of Soldier Field and the Field Museum isolating them from the lake, aquarium, and planetarium.   Once the road was moved to the West of both of these buildings, all of the institutions would  be interconnected with beautiful parkland, pathways, and landscaping.

Not having spent much time in this area in a few years (before I even had a camera) I decided I wanted to head back to photograph it.  So I woke up early and headed over to Museum Campus.  When I arrived at 7:00am I was stunned at how quiet, calm, and serene this park really is.  Especially since the throngs of people hadn’t shown up yet (tip: once 9:00am hits, people start making their way into your photos more frequently so get there early).

What I really love about  Museum Campus is the juxtaposition of the campus’ architecture vs. the modernity of the city skyline.  There were times where I could finally understand what it must have been like to live in Rome during its heyday.  Soaring marble columns, huge stone blocks, and lush foliage transported me back to my tour of the Roman forum from a few years ago.  The classical architecture of the Field Museum and Shedd Aquarium, coupled with the landscaping and lack of cars made me feel as if I was walking around ancient Rome itself.  Until I turned around of course!

So if you’re ever up early, and want to go somewhere in Chicago, head over to Museum Campus.  The views really can’t be beat.