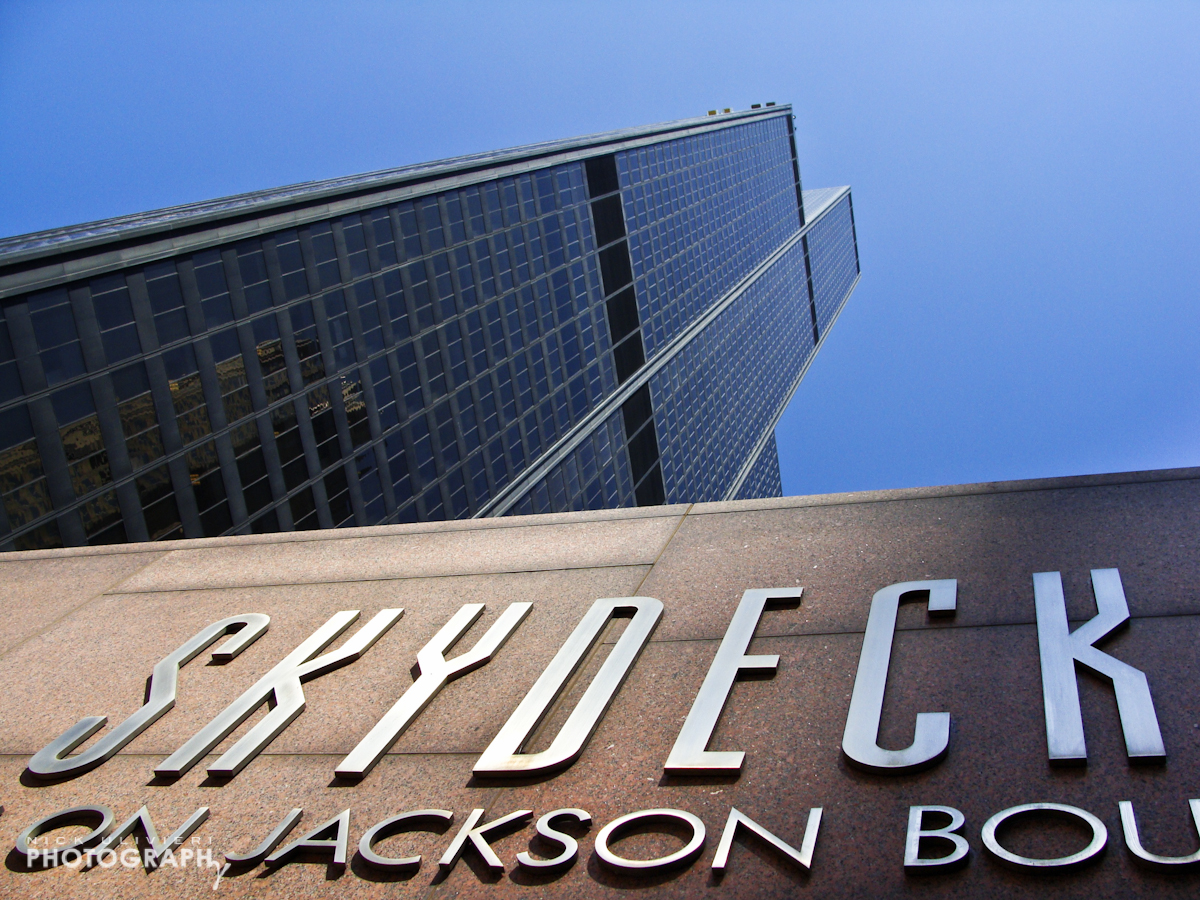 So I’ve decided to start a new feature on my blog, #ChicagoLandmarks.  As part of an ongoing project I’m working on (still in its infancy)  I’ll be heading all over this city over the coming months in an attempt to capture 5,000-7,000 unique images that I will later stitch together to form a massive photo mosaic.  In an effort to share some of those photos with you, I thought I would incorporate them into my blog while imparting some knowledge about it the featured landmark. Hope you enjoy!

To kick off the new feature, let’s start with Chicago’s #1 building – The Sears Tower.  Maybe one day I’ll accept the fact that the name has changed…but not yet.

No matter what you call it (Sears/Willis) it’s hard to argue that The Sears Tower isn’t the most iconic structure in Chicago.  Standing at 1,451 feet, the massive steel and glass “bundled tube” sits smack dab in the heart of Chicago.  The building itself was designed by architect Bruce Graham and structural engineer Fazlur Khan of the famed (and Chicago based) Skidmore, Owings & Merrill.  Construction began on the building in 1970 and was completed by 1973.

Upon completion, the Sears Tower surpassed the World Trade Center as the tallest building in the world; a title which it would hold until the Petronas Towers were completed in 1998 (don’t get me started on decorative spire vs. antenna units in the height measurements…)

For loads more information on the Sears…err, I mean Willis Tower, click here