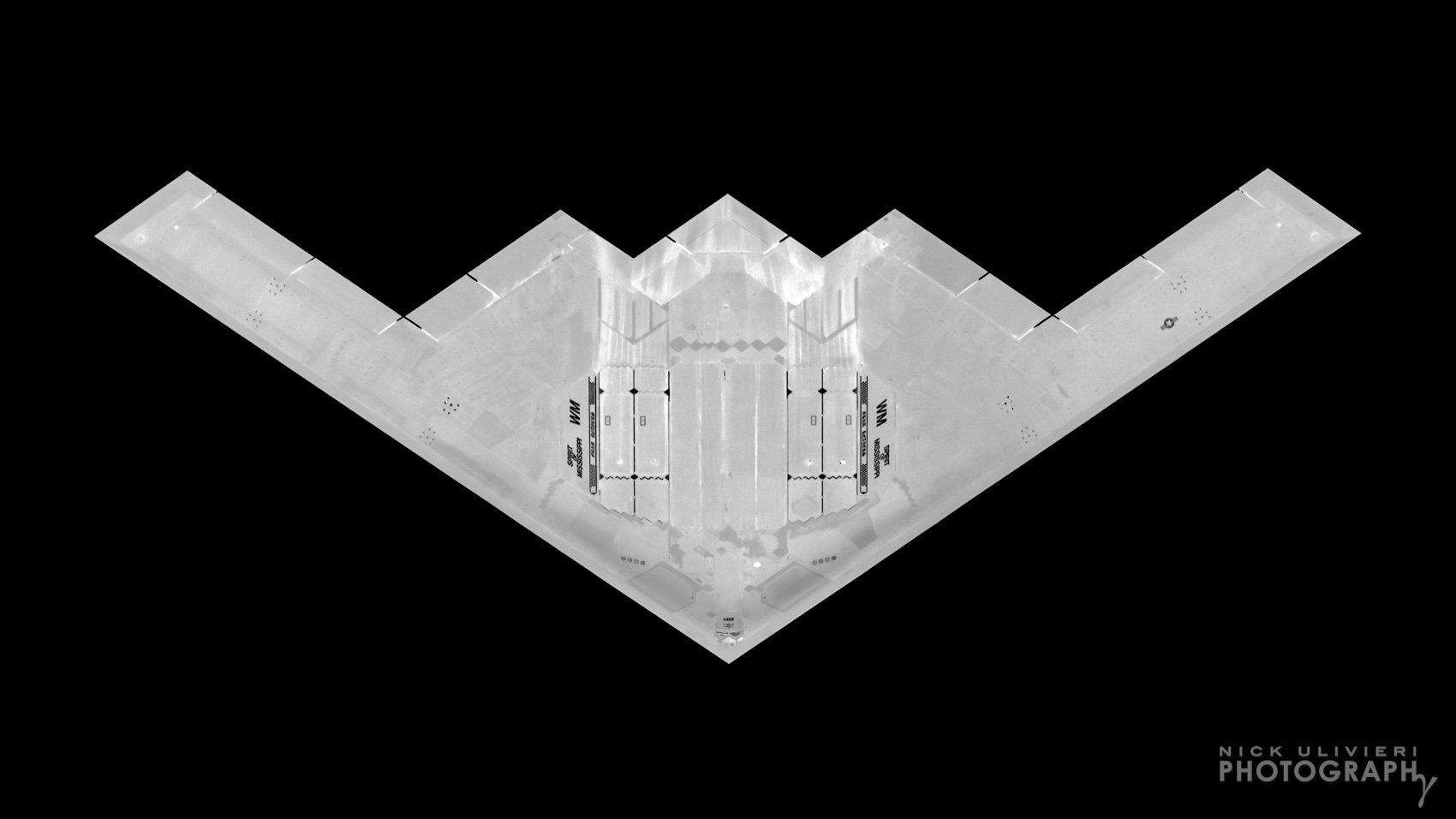 B-2 over Soldier Field

pictured above; an inverted black and white image of the B-2 Stealth Bomber as it flew directly overhead

Like most mornings, I hopped on to Twitter to see what was going on and I saw an intriguing tweet from @PilotB2 (he’s an actual B-2 pilot) that said a B-2 would fly over the Bears game this AM. Never one to pass up a photo-op of one of the most illusive aircraft in the U.S. arsenal, I got my gear together and hopped on my bike for a quick ride to the lakefront.

The challenge was figuring out where to shoot from. I haven’t seen may flyovers at Soldier Field, but from what I could remember, they usually come from south to north. I wanted to set up in a spot directly south of  the stadium in hopes of the aircraft flying directly overhead – I wanted a super symmetrical shot of the B-2 from below.

When I rolled up to the south portion of the stadium – through all the traffic to park (what a nightmare) – I saw this really great hill and walked my bike up to scope the view. The north view toward the stadium was great! But the southern view was blocked by some trees. However, I was able to find big enough breaks in the leaves to cover a large chunk of sky with my telephoto lens. 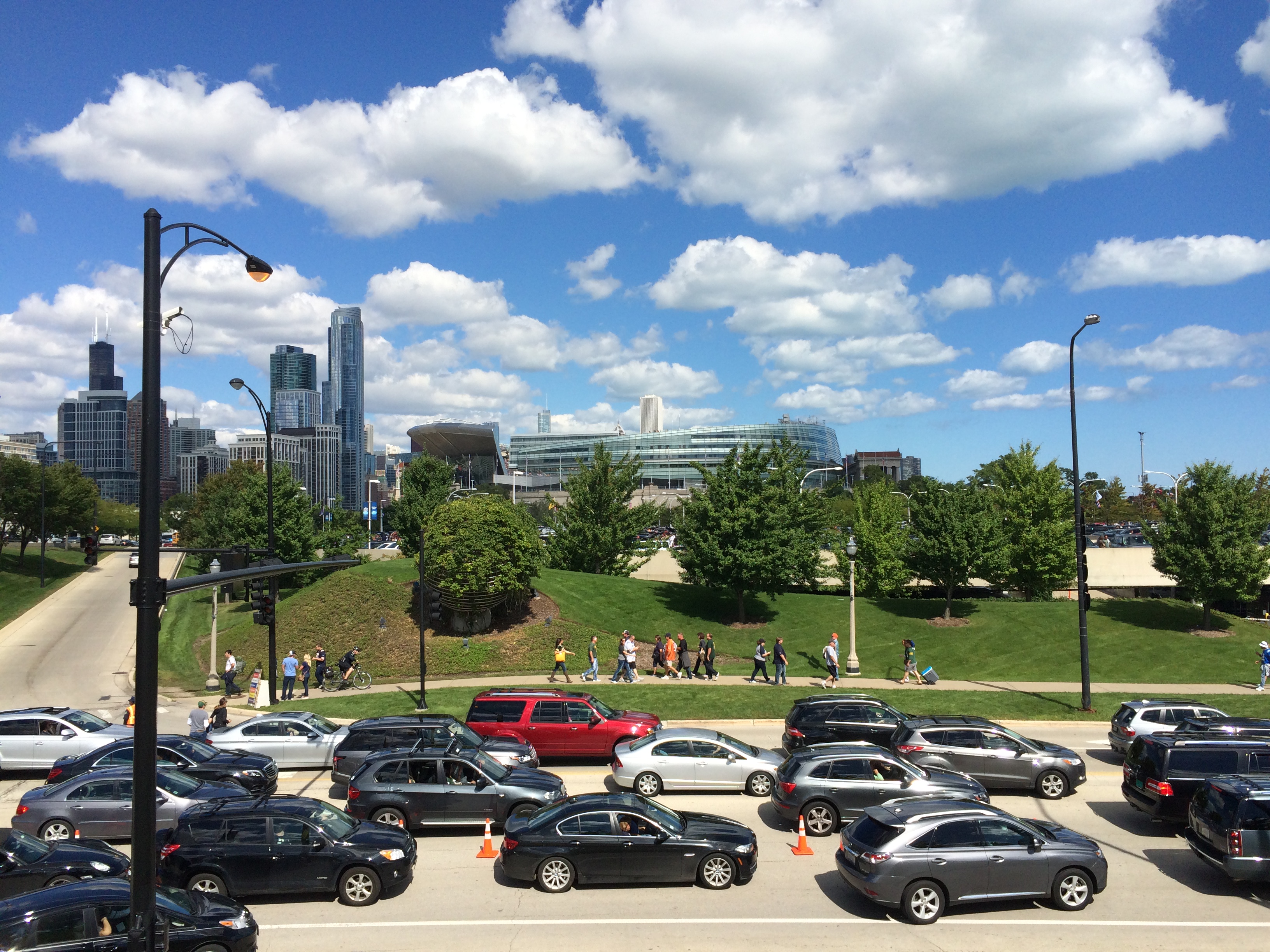 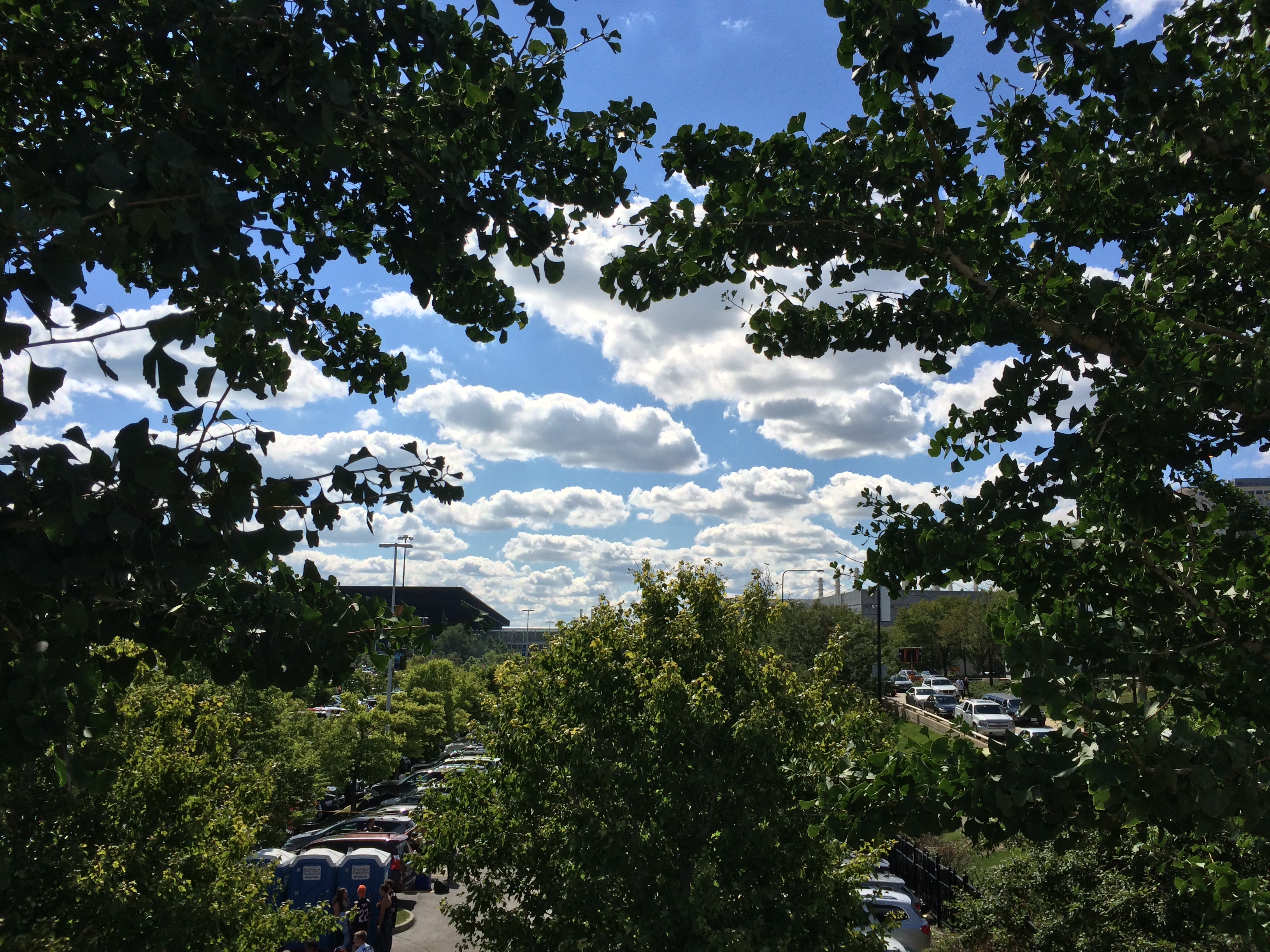 As I was taking some test shots of the stadium, I saw a group of Air Force spotters atop the South end of the stadium. This is when I knew I was in the right position. The crew helps the pilot time the flyover to coincide with the ending of the National Anthem. Naturally, wherever they’re looking is where I wanted to be looking. 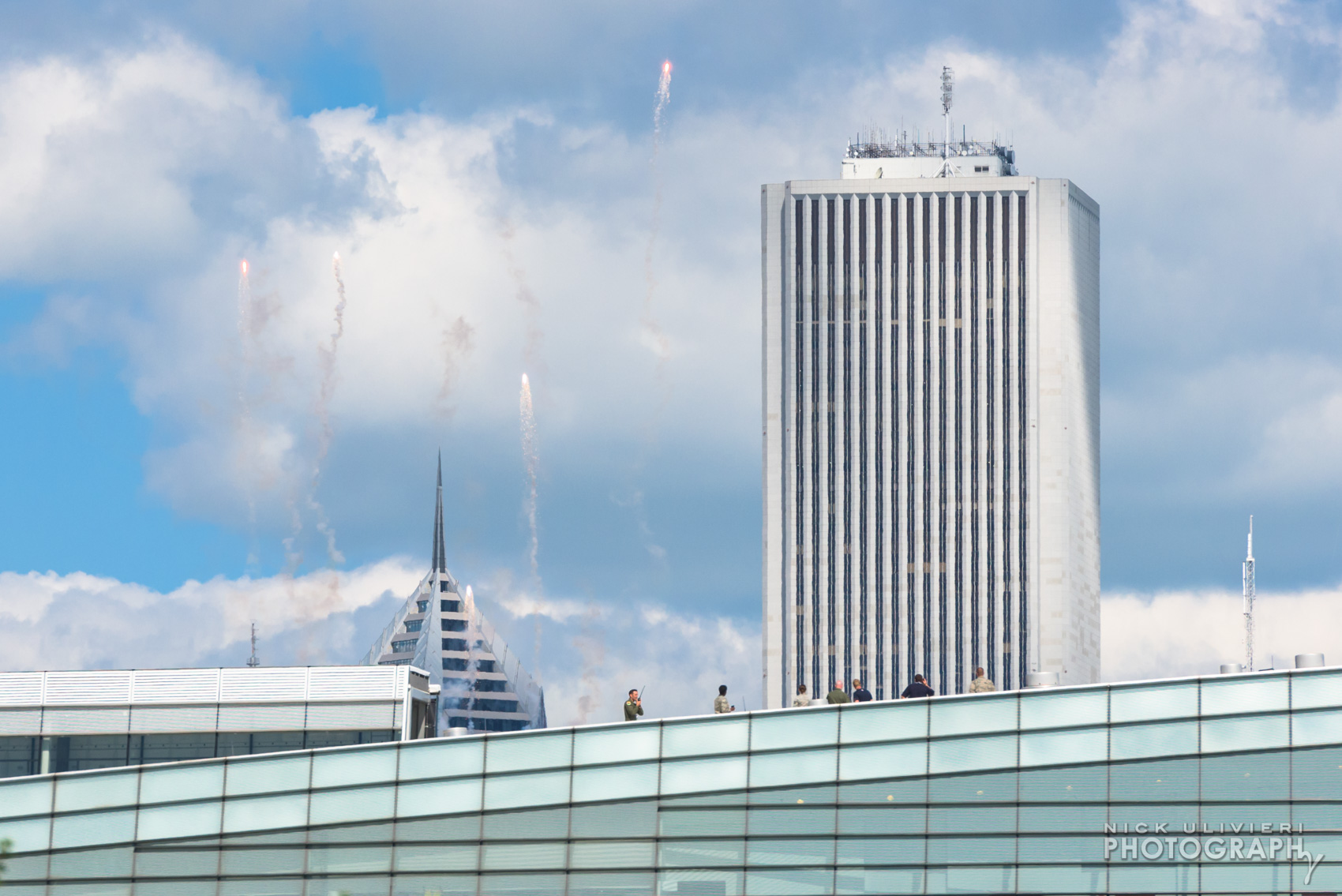 It was nearly game time and I was starting to get antsy. I could hear the crowd roar when the Bears came onto the field, boo when the Packers were introduced, and cheer for some of the fireworks that were shot off the roof. The B-2 had to be getting close…

Despite the trees in the photo above, the elevated position made a great vantage to see the southern sky. That said, the B-2 is designed to be hard to spot. It’s thin profile make it notoriously hard to see from a distance, but there it was – gracefully coming right at me. Once I was locked onto it I kept firing my shutter as it quietly glided over me – I even fell in it’s shadow for a brief moment while turning to face the north. Enough talk…here are a few more photos. 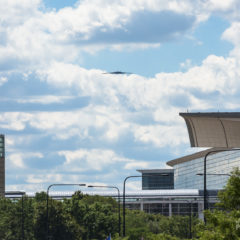 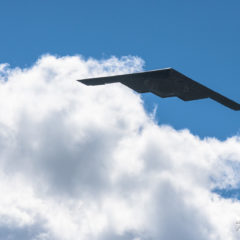 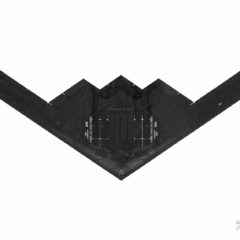 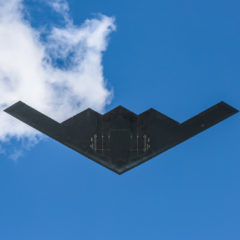 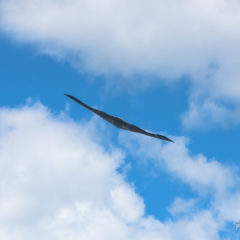 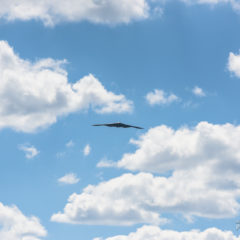