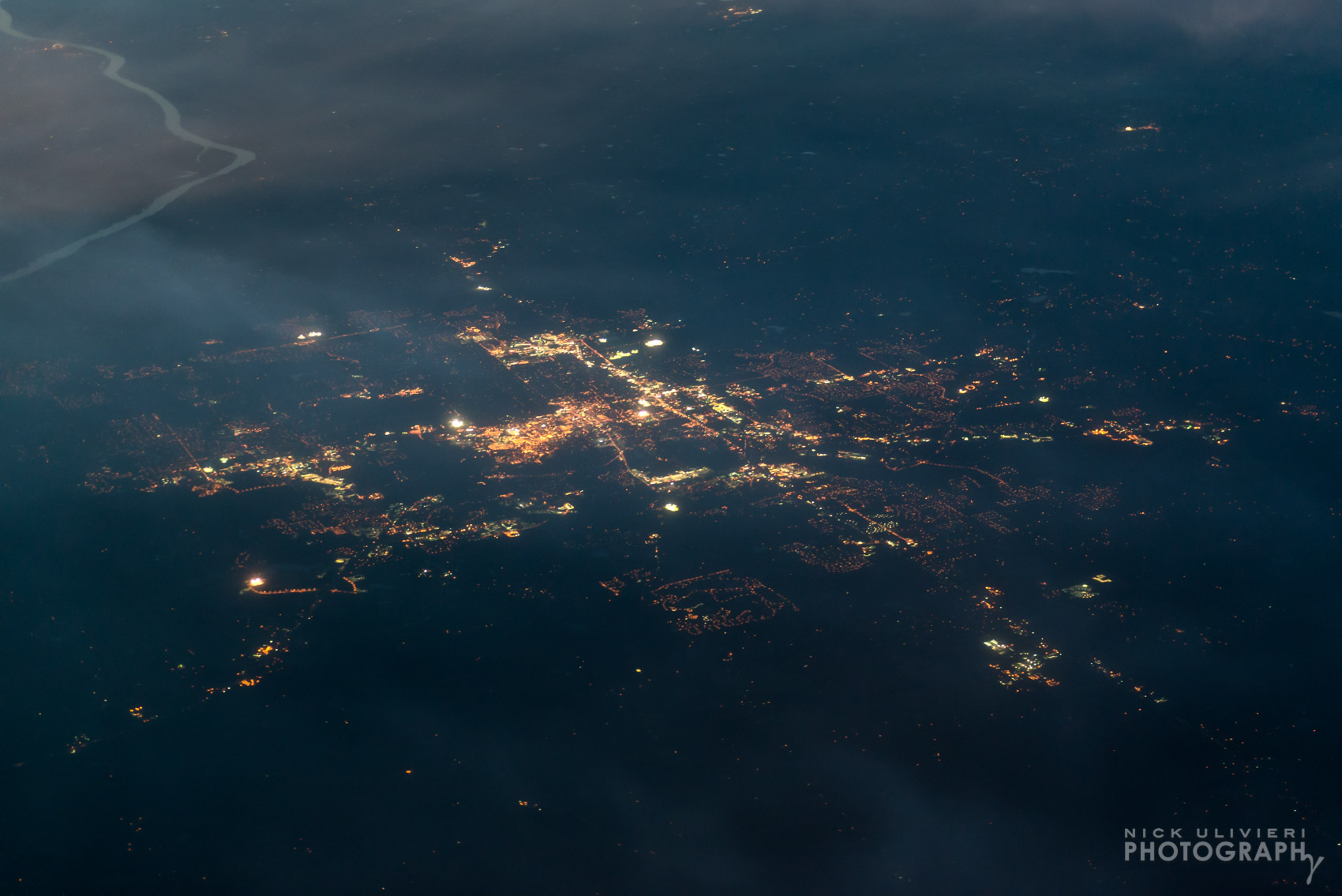 Last week we took a trip to Austin, Texas to visit some friends and family (you can see more photos in this Flickr set). Unsurprisingly, a ‘relaxing’ vacation for me is one in which I take tons of photos, then spend an inordinate amount of time sifting through and editing said photos once I get back home. It’s like I need a vacation from that vacation…

In order to get to Austin, though, we had to fly, and whenever I fly, I do my damnedest to make sure I get a window seat. For one, it’s as close as I’ll ever get to space. And two, the photo ops are amazing! Not to mention I could stare out of the window for hours with no additional entertainment necessary to keep me occupied. This is one reason I love flying Southwest. If you check-in early enough the window-seat-world is your oyster. P.S. What’s with people who choose window seats only to close the shade and take a nap the entire flight?

On our way to Austin I made sure to snag a seat on the right side of the plane. The plan to face west-ish as we flew South towards Ausin. With an early AM flight, I wanted the sun at my back, illuminating the clouds and ground below me. In other words – I didn’t want to be shooting directly into the rising sun during the flight. My other hope, and it came to fruition, was that I’d be able to catch a glory (a rainbow-like optical phenomenon caused by the light of the sun interacting with tiny water droplets in mist or clouds) around the shadow of our plane. 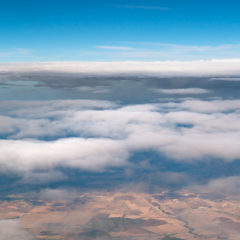 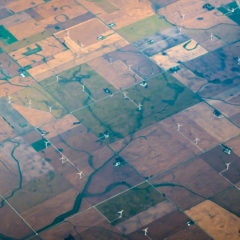 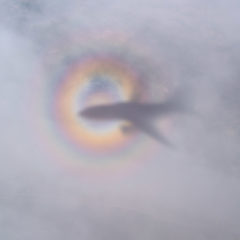 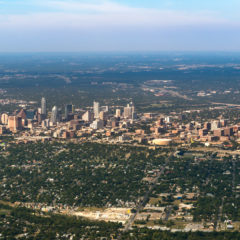 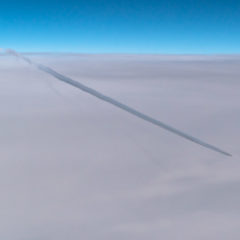 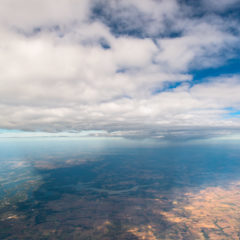 Our departure was later in the afternoon and I knew we’d be in the air for sunset. While I usually don’t like shooting into the sun, I figured I might be able to get some cool colors, contrast, and texture while facing sunset in the west. It was surprising how hazy the sky was the entire flight. It was as if there was an entire blanket of thin cirrostratus clouds between Austin and Chicago. It did make for a really soft look that contrasted well with all of the other cloud types found at various altitudes. Eventually night fell upon the landscape and small pockets of lights began to come on. It wasn’t until we were closer to Illinois though that larger cities’ light became really apparent. I had to really crank my ISO high, and open up my aperture to 2.8 to capture the night scenes – not to mention take a ton of frames for a sharp shot. Despite being so far away, when you’re moving 500+ mph, motion blur is a real problem. 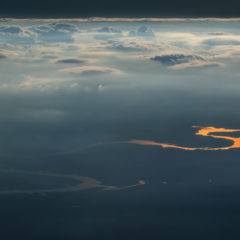 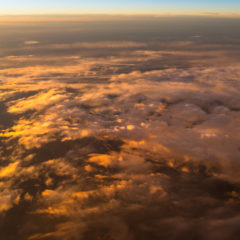 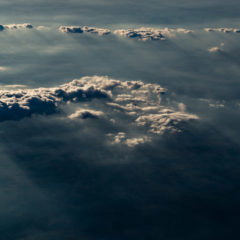 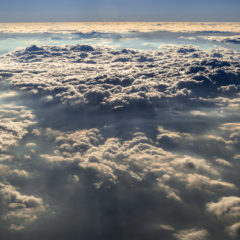 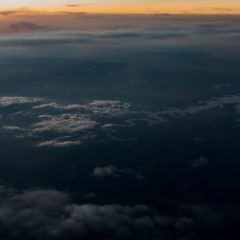 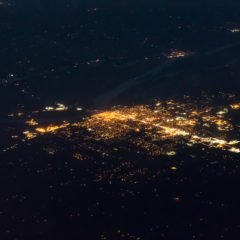