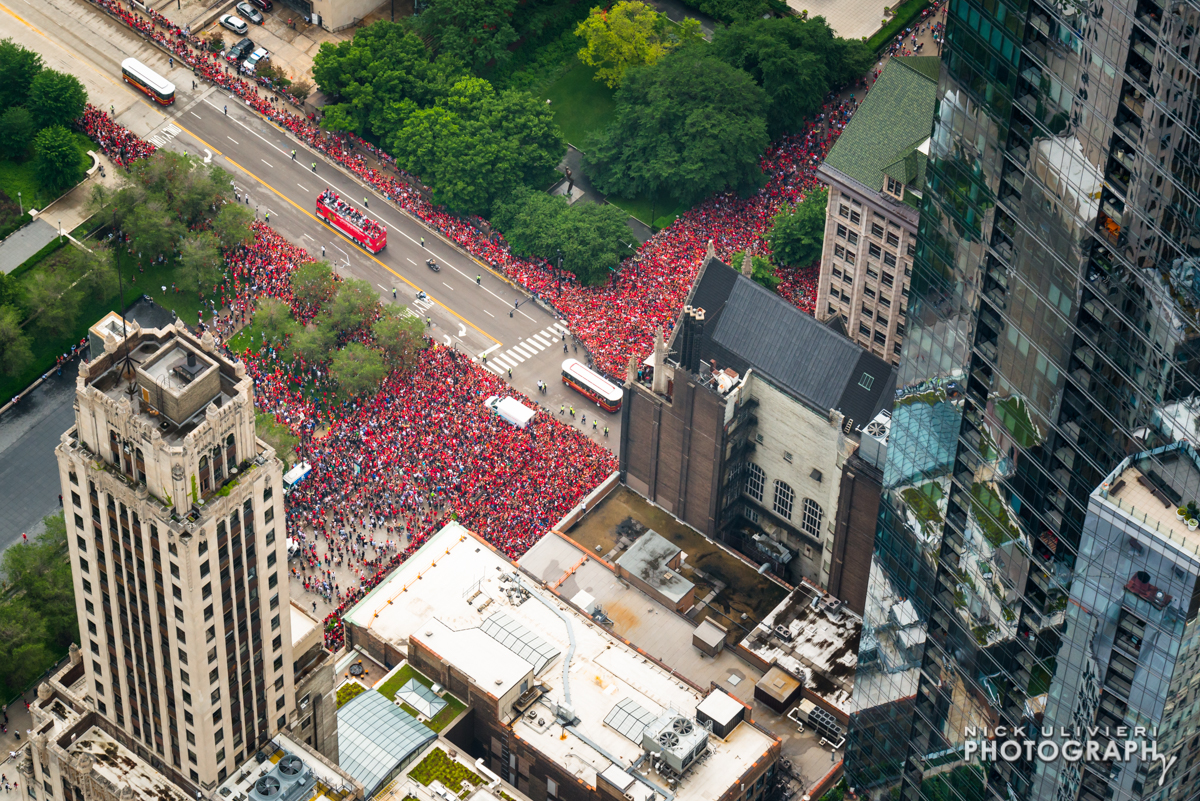 Above the Blackhawks 2015 Stanley Cup Parade 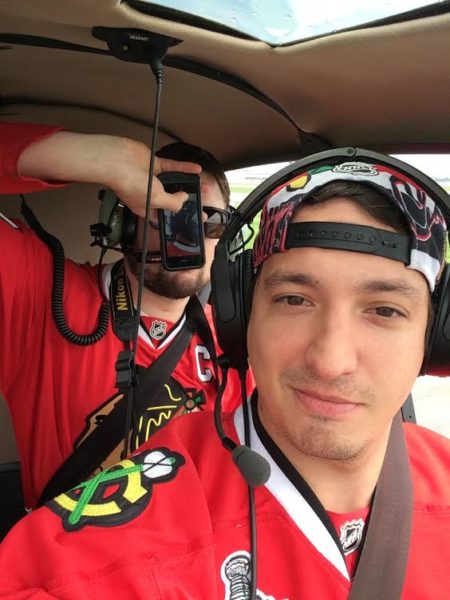 I didn’t score tickets to the rally in Soldier Field and figured the few parade route parking decks would be on lockdown, so I planned to watch the parade and rally from the comfort of my own home. But as the celebration grew closer FOMO (fear of missing out) kicked in. I reached out to Rotorzen, half-assuming they were already booked, to plan a heli flight over the parade and rally. Turns out they had a slot open so I decided to take a flight over the parade as a day-after-my-birthday-present to myself.

I woke up early to a blanket of fog, and the radar showed a pretty sizable storm moving in. Ordinarily, I’d welcome a morning storm, but not an hour-ish before I was going to hop in a helicopter and fly over a parade! But the skies cleared, enough at least, to head over to Midway airport and wait for the parade to leave the United Center before we took off, with doors off.

Oh yeah, @kbucklandphoto came with me too.

The air traffic was insane! There were at least 10 or 11 other helicopters ‘swarming’ over the parade. Needless to say, maneuvering around the buildings and getting ‘the shot’ was more challenging than normal. Buildings are already a tough obstacle to navigate, but throw in a bunch of other helicopters darting around trying to do the same thing as you are, and the difficulty increases exponentially. All the news choppers were up, plenty of other tour operators were there, too, and we had the CFD and CPD doing high-speed passes under us. In the end, our pilot John did a great job choreographing our desired moves with all of the other pilots.

Shooting the parade itself was fairly difficult. A majority of the parade took place between the concrete canyons of the city so shots appeared and disappeared quite quickly even though we were slowly strafing the parade route. But a telephoto lens, and a lot of passes made for a nice mix of imagery.

Editing the RAW files was difficult too. Not only was there a lot of haze from the post-storm humidity hanging in the air, but shooting in the shadows of these man-made mountains led to fairly low-contrast RAW images. Luckily, Adobe Lightroom’s latest update included a dehaze slider – which worked AMAZINGLY well. I didn’t need to apply too much of it to the regular mix of edits I use for low-contrast situations, but it definitely helped punch-up the images. Here’s a before & after showing the RAW vs. final image: 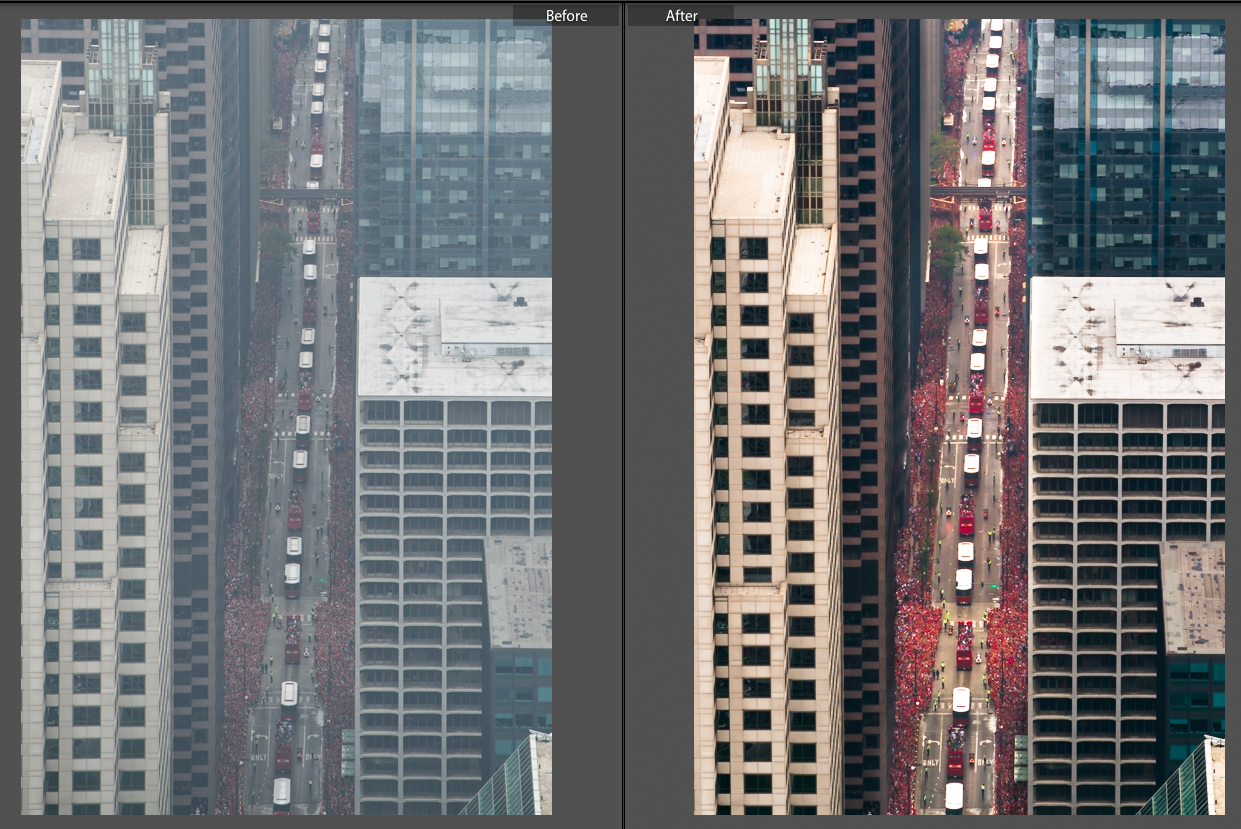 After the parade was just about finished we did a few turns around Soldier Field. Unfortunately it wasn’t as full as it should have been. Between the morning storm and issues with ticketing, it’s pretty clear it wasn’t a capacity crowd. It was pretty impressive, but wasn’t the lasting shot I was hoping to get – especially after seeing the images that came out of Grant Park in 2013. Maybe next time…

Hope you guys enjoyed this post. I know I enjoyed the Blackhawks bringing home a third Stanley Cup in six seasons. Such an amazing experience to see such large seas of red inundate the streets of Chicago. I hope we can do it again next year!

If you want to see my full set of images, here’s the link. 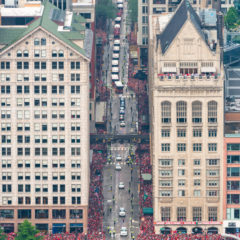 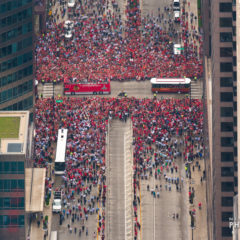 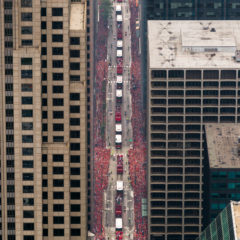 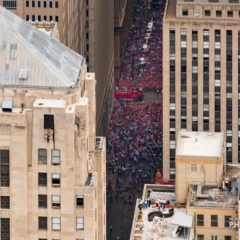 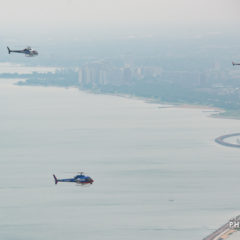 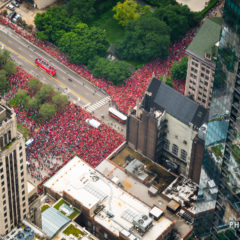 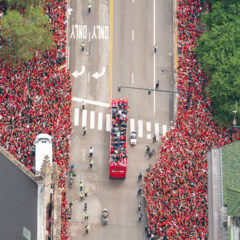 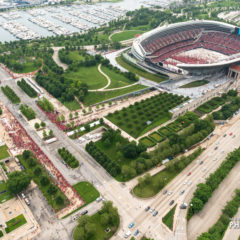 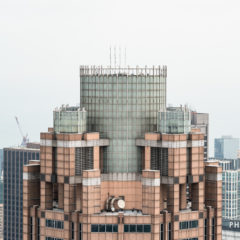 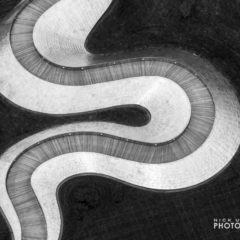 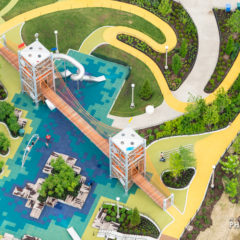 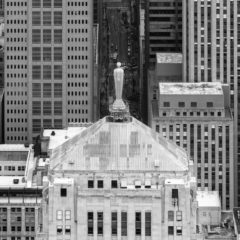